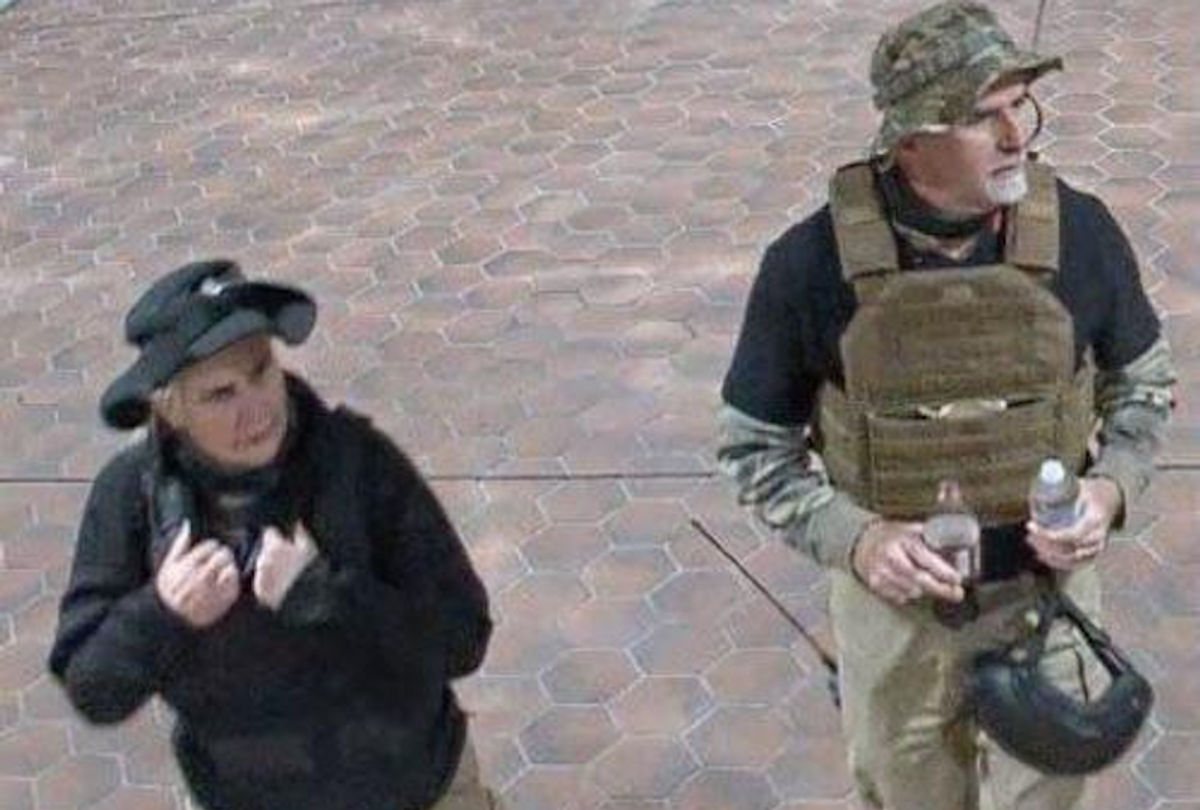 Laura Steele, left, and fellow Oath Keepers member Graydon Young are shown on surveillance video from the Washington Metro Transit Authority going from Springfield, Va., to Washington, D.C., on the morning of Jan. 6. (Department of Justice)

A member of the Oath Keepers is accused of destroying evidence of her involvement in the Capitol insurrection in a "burn pit" in her backyard.

Laura Steele, a former police officer from Thomasville, North Carolina, faces a new charge of tampering with documents for allegedly destroying clothes that she and others wore on Jan. 6, according to a report from the local Fox affiliate.

The Department of Justice said in a news release Monday: "As alleged, on Jan. 7, Steele and co-defendant Graydon Young, who pleaded guilty in June, used a burn-pit in Steele's backyard to burn and destroy evidence of their involvement in the attack on the Capitol."

Steele and Young, her brother, are among 18 members of the Oath Keepers accused of a conspiracy to obstruct Congress. Members of the militia group utilized a "stack formation" that snaked up the steps of the Capitol behind a mob of rioters who assaulted officers with pepper spray, flagpoles and shields, and then entered the building through a breached door.

Steele also faces new charges of civil disorder and aiding and abetting for "impeding and interfering" with law enforcement officers who were preventing the rioters from entering the Senate chambers, the Fox station reported.

Steele was working as a security guard at the time of the insurrection. She worked as an officer for the High Point Police Department for 12 years until being terminated in 2004, for conduct toward superiors, absence from duty and violation of communications policy, according to the report. Her husband served as an assistant chief with the department until retiring on Jan. 1 — five days before the insurrection.

Watch a report below.