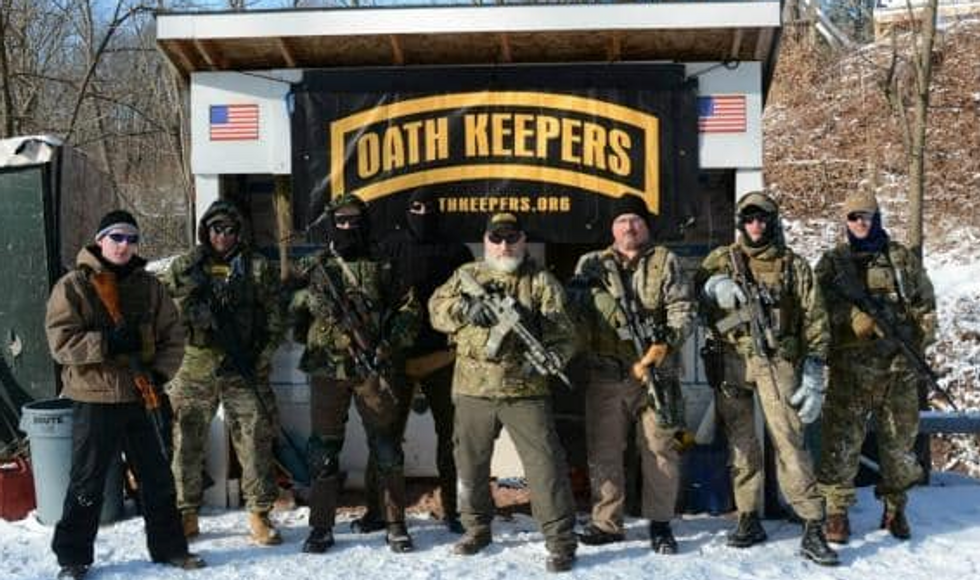 Among those recruited by the group, noted Dickinson, were a New York man who "spent 10 years as a TV news reporter," a Virginia man who boasted of his “Ph.D. and 28 years’ experience in opinion and marketing research and strategy,” and a man who bragged, "I have a masters degree in radio, television, and film production and worked for… years in the Armed Forces Radio and Television Service producing television programs.”

These media experts, who were exposed in a recent hack of the Oath Keepers' membership database, can do PR work to “create an image that is cool, competent, and appealing to potential members — and then blast it out to a far larger audience than if they were trying to recruit in person," according to Alex Friedfield of the Anti-Defamation League's Center on Extremism.

The Oath Keepers, who have been involved in a number of armed anti-government standoffs in recent years including the Bundy Ranch incident, more recently participated in the January 6th attack on the U.S. Capitol. Many of its members are now facing federal charges and turning on each other to try to secure plea deals.