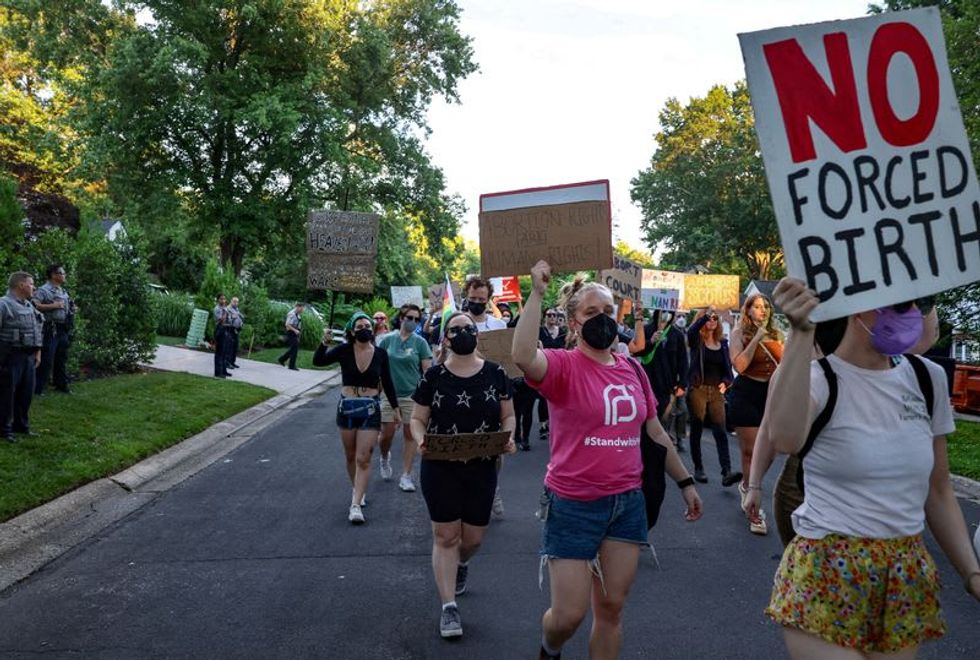 (Reuters) -The Ohio Supreme Court on Friday declined to block the Republican-led state from enforcing a ban on abortions after about six weeks of pregnancy that took effect after the U.S. Supreme Court last week overturned the 1973 Roe v. Wade ruling.

The state's top court denied an emergency request by Planned Parenthood and other abortion providers to prevent Ohio from enforcing the 2019 law after the U.S. Supreme Court brought an end to the federal constitutional right to abortion.

The decision came amid a flurry of litigation by abortion rights groups seeking to preserve the ability of women to terminate pregnancies, after the historic ruling by the conservative-majority U.S. Supreme Court.

That ruling gave states the authority to deny, limit or allow abortions. Judges in Florida, Louisiana, Texas and Utah have since issued decisions preventing those states from enforcing new restrictive abortions laws or bans.

The Ohio law, S.B. 23, bans abortion after fetal cardiac activity is first detected, which occurs about six weeks into pregnancies, a point at which many women do not know they are pregnant, lawyers for the clinics said.

The measure, which Republican Governor Mike DeWine signed into law, was previously blocked in the federal courts. But hours after the Supreme Court's decision, a federal judge dissolved the injunction preventing its enforcement.

The clinics said the law lowered the gestational age limit from 22 weeks.

"We are deeply disturbed by the Ohio Supreme Court’s decision to allow the draconian six-week ban to remain in effect as it considers the merits of our case," the abortion providers and the ACLU, which represented them, in a join statement.

Republican Attorney General Dave Yost did not respond to a request for comment. He had argued that Ohio's state constitution does not recognize a right to abortion and urged the court to not adopt such an "indefensible" position.

(Reporting by Nate Raymond in Boston; Editing by Jonathan Oatis and Alistair Bell)