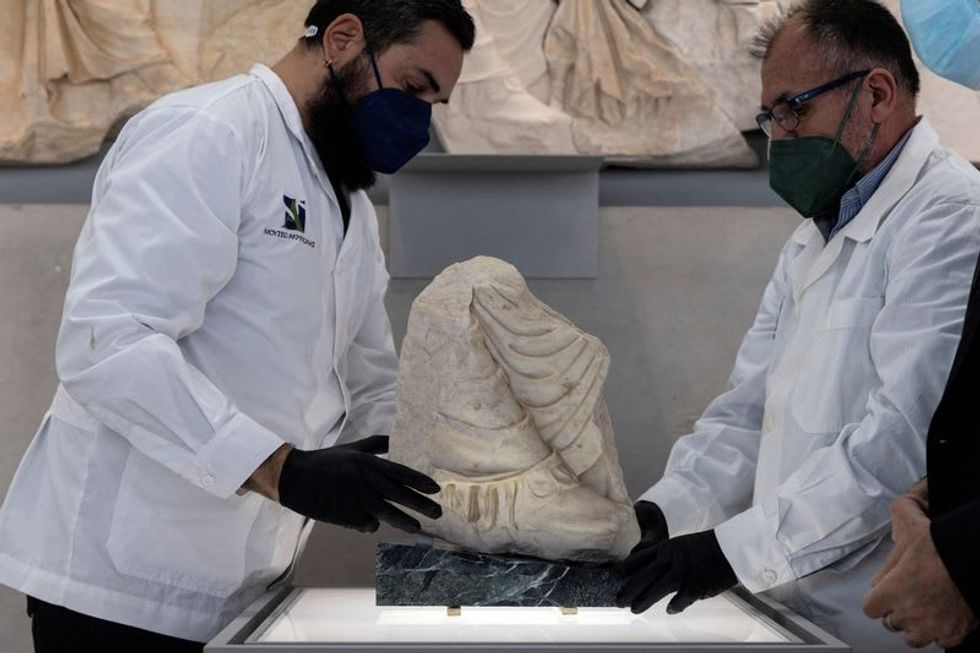 ATHENS (Reuters) - A marble fragment of the Parthenon temple will be permanently returned to Athens from a museum in Italy, a significant move for Greece which has stepped up its campaign for the return of the sculptures from its most renowned ancient monument. The "Fagan fragment" is a 35-by-31-centimetre (12-by-14-inch) marble fragment showing the foot of the seated ancient Greek goddess Artemis. It was part of the 5th century BC temple's eastern frieze. It was included in the collection of the 19th century British consul general to Sicily, Robert Fagan, a diplomat and archaeologist, before ...