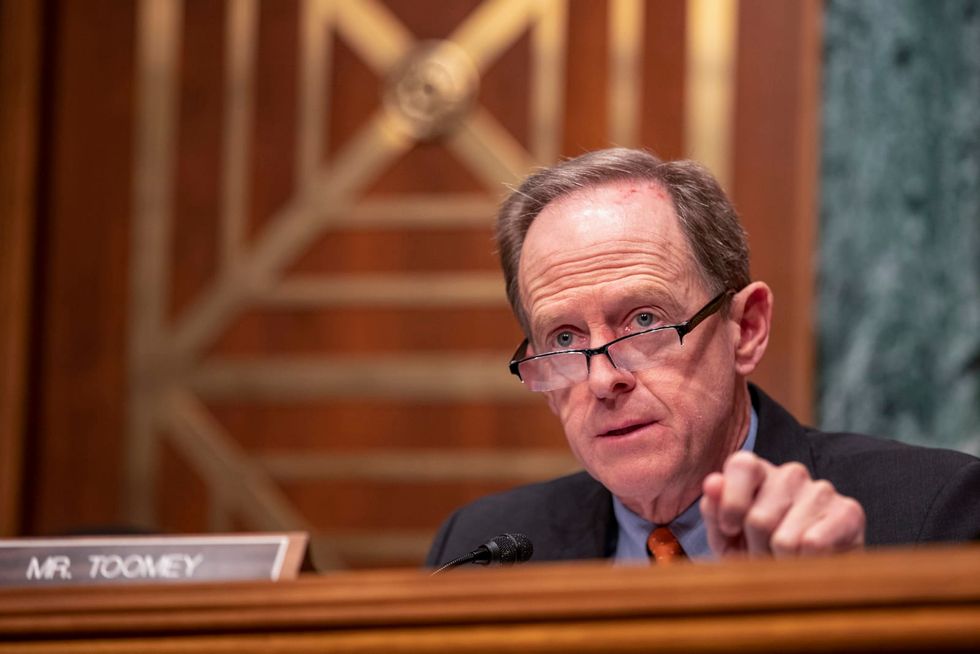 Pat Toomey speaks at the Senate Banking, Housing and Urban Affairs hearing at the U.S. Capitol on May 19, 2022 in Washington, D.C.. - Tasos Katopodis/Getty Images North America/TNS

For nearly a decade, Sen. Pat Toomey, R.-Pa., has been at the center of Congress' frequent debates on gun laws, one of the few Republicans willing to support some efforts to tighten the rules. Now, after the latest round of horrific massacres, Toomey says a group of senators are closer than he's ever seen to a bipartisan agreement. He told Fox News Monday that he hopes negotiators can develop a framework by the end of this week, though he indicated that timeline could be a stretch. "I certainly can't guarantee any outcome, but it feels to me like we are closer than we have been since I have be...