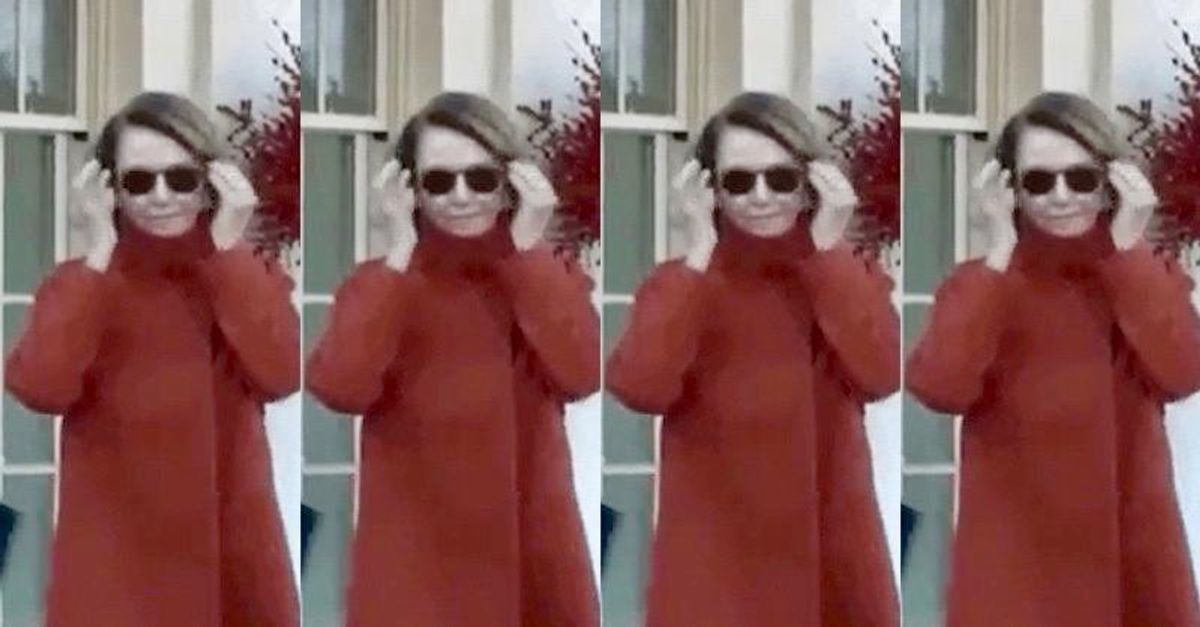 Minority Leader Kevin McCarthy and his fellow House Republicans have been attacking the Democrats – and especially Speaker Nancy Pelosi – all afternoon, after she refused to allow two of his nominees onto the Special Select Committee on the January 6 Attacks.

At one point Rep. Jim Jordan (R-OH), one of those booted from the committee, claimed Democrats were to blame for the 1/6 attack on the U.S. Capitol.

McCarthy is now accusing Speaker Pelosi of "playing politics," according to Punchbowl News' Jake Sherman. McCarthy, within minutes of Pelosi announcing the two Republicans could not join the Committee, pulled all his nominees.

The Speaker was asked about McCarthy's "playing politics" attack.

"Perhaps you mistake me for somebody who would care about that." Pelosi told PBS Newshour's Lisa Desjardins.

Many on social media applauded Pelosi's response, with some showing it reminded them of when she smacked down President Donald Trump.