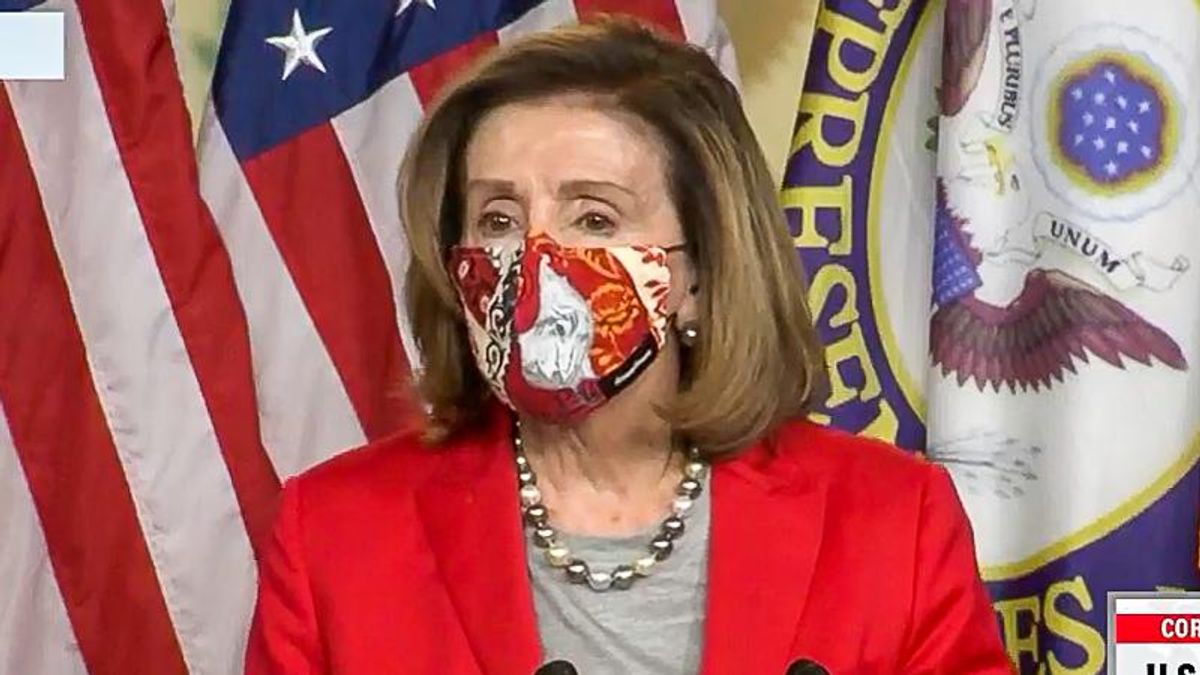 "Justice is called for," she said.

But Pelosi declined to reveal when she will send the article of impeachment -- for "incitement of insurrection" -- over to the Senate, a process that would trigger a trial of the president.

"You'll be the first to know when we announce that we're going over there," she told reporters.

Five people died in the violent unrest generated by Trump's supporters, whom he urged to march on Congress and "fight like hell" to save the country and stop President-elect Joe Biden from taking office on January 20.

"We must subject this whole complex to scrutiny in light of what happened, and the fact that the inauguration is coming," the top Democrat told reporters, referring to Biden's upcoming swearing-in on the steps of the very Capitol where rioters fought with police and plotted to kill lawmakers.

"To that end, I have asked retired lieutenant general Russel Honore to lead an immediate review of security infrastructure, interagency processes, and command and control," Pelosi said.

She described Honore as "a respected leader with experience dealing with crises," including the military relief response along the Gulf Coast when Hurricane Katrina devastated New Orleans in 2005.

A handful of conservative House Republicans loyal to Trump are under scrutiny for their role in potentially coordinating with hardline activists who helped plan the action on the Capitol.

"If in fact it is found that members of Congress were accomplices to this insurrection, if they aided and abetted the crime," Pelosi said, "there may have to be actions taken beyond the Congress in terms of prosecution."

The inspectors-general of various federal departments, including Homeland Security, Justice and Defense, also announced their own internal investigations Friday to assess their preparations and response to the January 6 violence.

They will seek to determine what information was available before the riot, how it was circulated among the various federal law enforcement agencies, and their reactions on the day, they said in statements, adding that they will coordinate their investigations.

Law enforcement has come under heavy criticism since the attack by Trump supporters, who were able to easily enter the building and create chaos for several hours before being dislodged.

Questions focus on the existence of information that the FBI did not circulate to its partners, and the slowness with which the Pentagon deployed National Guard soldiers.

Pompeo Is a Likely 2024 Presidential Hopeful