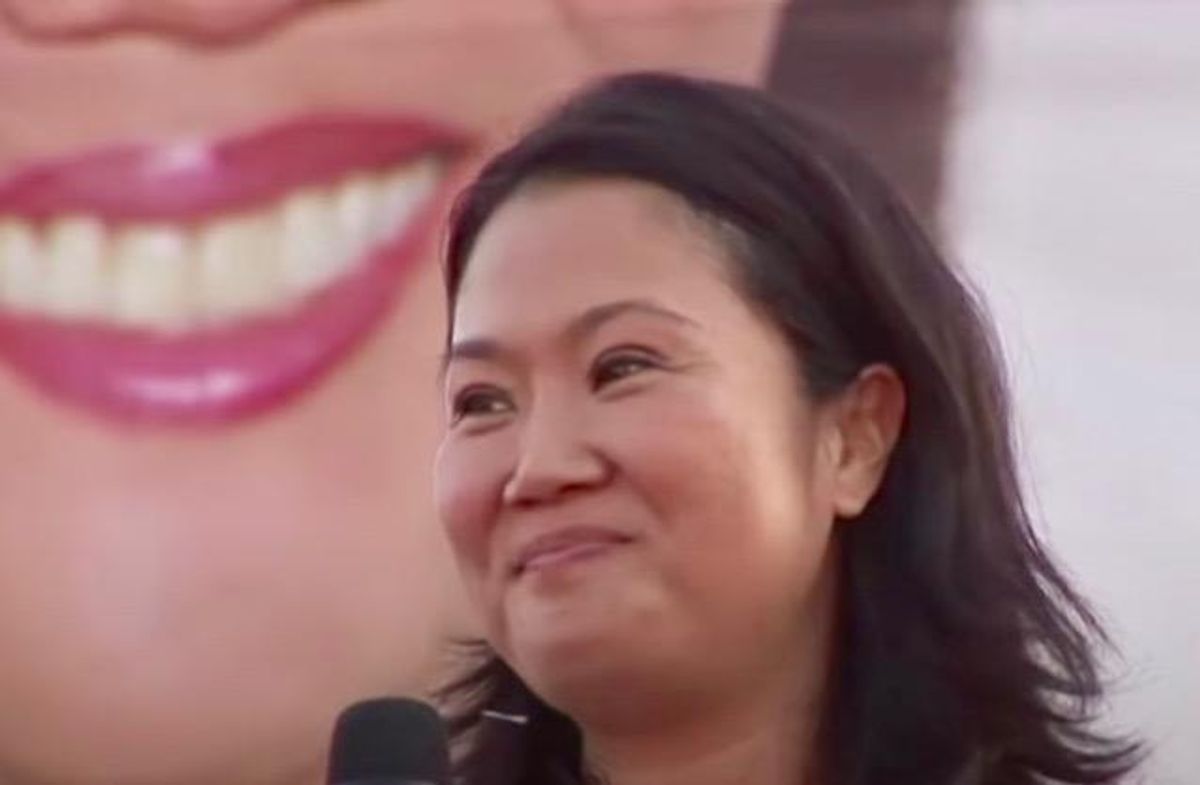 Keiko Fujimori, the daughter of disgraced former president Alberto Fujimori, was leading a close race for Peru's presidency early on Monday, hours after polls closed in a highly polarized runoff election held as the coronavirus pandemic continues to batter the Andean country.

With 42% of votes tallied, the conservative candidate had 52.9% of the vote, while rural teacher-turned-political novice Pedro Castillo had 47%, according to official results.

However, the head of Peru's electoral body warned that many polling stations from rural areas – Castillo's bastion – had yet to be tallied.

As polls closed late on Sunday, an Ipsos exit poll said the two candidates were locked in a "statistical draw".

This is Fujimori's third run for president, a role her jailed father held in the 1990s.

The polarizing populist candidates have promised coronavirus vaccines for all and other strategies to alleviate the health emergency that has killed more than 180,000 people in Peru and pushed millions into poverty.

The election followed a statistical revision from Peru's government that more than doubled the Covid-19 death toll previously acknowledged by officials.

Castillo had topped the first round of voting in April, when the pair both caused a surprise by reaching the second round, and he was also narrowly ahead in the latest opinion polls before Sunday's vote.

The new leader will need to tackle a country in crisis, suffering from recession and with the worst coronavirus fatality rate in the world.

Peruvians will also look to the winner to end years of political turbulence after four presidents in the last three years, and with seven of the last 10 of the country's leaders either having been convicted of or investigated for corruption.

At the height of the political storm in November last year, Peru had three different presidents in just five days.

Two million Peruvians have lost their jobs during the pandemic and nearly a third of the country now live in poverty, according to official figures.

For voters, this was a choice between polar opposites.

Speaking to journalists and supporters on Sunday morning, she promised to "respect the popular will," no matter the outcome of the voting.

She also praised the "grandfathers and grandmothers" who went out to vote despite the pandemic. "They thought about their children and grandchildren," she added.

He voted in Tacabamba in the Cajamarca region following a breakfast with his family.

"I've taken a decision, I'm not going to Lima because of my parents' health," said Castillo, who also vowed to respect the results.

Fujimori's bastion is the capital Lima, while Castillo's bulwark is the rural deep interior.

"We're fed up with always being governed by the same people, we want Peru to change," Martha Huaman, a 27-year-old fruit seller in the Cajamarca region where Castillo lives, told AFP.

"For us it's a dream, it's an awakening, we're really happy to be with" Castillo, said evangelical priest Victor Cieza Rivera, whose church in Tacabamba, a village in Cajamarca, is attended by the presidential candidate's wife Lilia Paredes.

Tacabamba and other villages in Cajamarca were full of posters for Castillo, who topped the first round of voting.

Favored by the business sector and middle classes, Fujimori tried to portray Castillo as a communist threat, warning that Peru would become a new Venezuela or North Korea should he win.

Castillo pointed to the Fujimori family's history of corruption scandals. Keiko Fujimori is under investigation over campaign funding in her 2011 and 2016 presidential bids and has already spent 16 months in pre-trial detention.

Her father is serving a 25-year sentence for crimes against humanity and corruption.

For many in Peru this election was about the "lesser of evils."

"I don't even want to vote, neither of them deserve it, but Castillo panics me so I'm going to vote for Fujimori," said trucker Johnny Samaniego, 51, who lives in Lima.

Whoever wins will have a hard time governing as Congress is fragmented. Castillo's Free Peru is the largest single party, just ahead of Fujimori's Popular Force, but without a majority.

If Fujimori wins "it won't be easy given the mistrust her name and that of her family generates in many sectors. She'll have to quickly calm the markets and generate ways to reactivate them," political scientist Jessica Smith told AFP.

If Castillo triumphs, he'll have to "consolidate a parliamentary majority that will allow him to deliver his ambitious program," added Smith.

But in either case "it will take time to calm the waters because there's fierce polarization and an atmosphere of social conflict," analyst Luis Pasaraindico told AFP.

Some 160,000 police and soldiers were deployed to guarantee peace on election day as 25 million people were due to vote, plus another one million from the Peruvian diaspora living in 75 countries around the world.