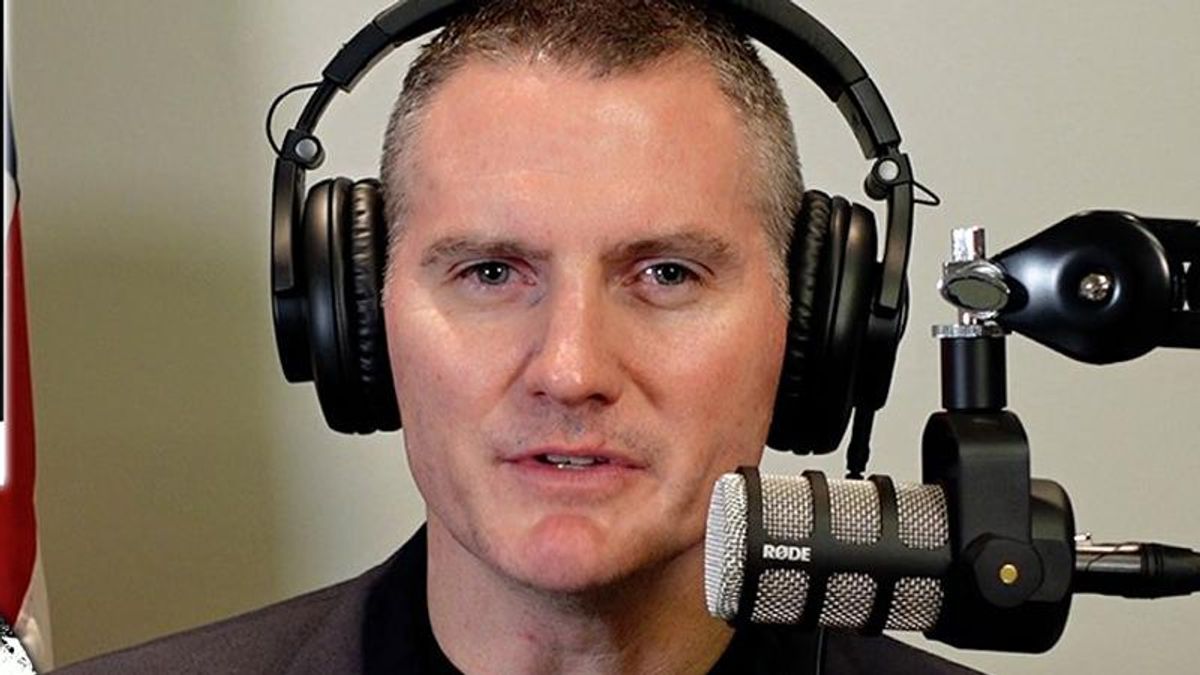 A growing chorus of officials in Seattle is demanding the resignation of Mike Solan, president of the Seattle Police Officers Guild. Eight of the nine members of the City Council issued that call today.

Last Thursday, Solan tweeted that police were "caught in the middle between factions vying for political control" in retweeting a post from far-right Portland blogger Andy Ngo that claimed a BLM activist from Utah was part of the siege of the Capitol building. Here's the tweet:

Solan's resume includes having presiding over the union last June as it was kicked out (https://bit.ly/39m6FOS) out of Seattle's top labor group -- the King County Labor Council -- in the wake of the George Floyd killing. The group said then it was reaffirming its commitment to an "anti-racist union movement."The City Council members' demand were just the most recent calls for Solan's head. Here's how the Seattle Times reported it:

"Mayor Jenny Durkan called last week for Solan to retract his words and apologize, or resign. The Martin Luther King Jr. County Labor Council, which expelled the police union from its ranks in June amid the mass protests against police brutality, called for Solan's resignation. So did Black Lives Matter Seattle-King County. And the Black Law Enforcement Association of Washington.

"The union's contract expired at the end of 2020 and the acrimony comes as negotiations with the city over a new contract are set to begin.

"'Mr. Solan's remarks and their implications are reprehensible and untrue,' Councilmember Alex Pedersen said at a Monday morning City Council briefing. Pedersen has been one of two council members who have consistently opposed efforts to defund the police department by up to 50%.

"'It's time for Mr. Solan to hand this important position over,' Pedersen said. "We must have a partner who has truly embraced that we cannot go back to the way things were. The current president of the police union has, in my view, disqualified himself to be a fair partner in negotiating the contract."

Ngo, the blogger extolled by Solan, isn't backing down from the preposterous effort at real-time revisionist history for the insurrection by making it a both-sides issue. Today, this is what he posted on Twitter:

There is no misinformation in my post that Mr Solan retweeted. John Sullivan is involved in BLM militancy in Utah,… https://t.co/ohGjObsYHF
— Andy Ngô (@Andy Ngô)1610372173.0

Sullivan, the man cited by Ngo, was indeed inside the Capitol Building. But as the Utah Deseret-News reports, what he was doing there remains unclear. The newspaper reported that Sullivan "claims he attended a pro-Trump rally that turned into a violent attack on the U.S. Capitol in order to see "the truth" about the protests for himself and the organization he represents.

"For me, it's important from the group and the people around me to see that side of things, to see the truth," John Sullivan said Wednesday night. "I don't care, like what side you're on, you should just see it raw."

Sullivan, who is the founder of Insurgence USA, a social justice group that calls itself anti-fascist and protests police brutality, was detained by Washington police for about an hour and a half Thursday night, a day after he talked to local and national media about what he witnessed Wednesday.

He was handcuffed the entire time, and said police questioned him about being inside the Capitol and witnessing the shooting death of one of the protesters. He was not arrested.

Sullivan said he also intended to "support the Black community" with his attendance, but also feels it was "important to understand" those who were protesting in support of President Donald Trump.

"But some of the 40-minute video he posted to his social media sites contradicts his assertion that he and another woman were "only filming" the actions and not participating as he can be heard in the video encouraging people to join them as they push their way through police barricades."

As far as folks in Seattle are concerned, their problem is Solan, not Sullivan, no matter what the Utah activist was doing. And this part of the Seattle Times reporting suggests why:

"Solan, a Seattle police officer since 1999, was elected president of the department's rank and file union last year with more than 70% of the vote. He ran as a hard-line candidate, arguing that police were "under unreasonable levels of scrutiny." A campaign video for Solan praised him for speaking at the scene of a police shooting, "supporting officers' actions and quickly capturing the narrative."

"Over the summer, he emerged as a frequent guest on conservative media, condemning protesters and Seattle's elected leaders."

On Tuesday, The New York Times reported that the Central Intelligence Agency is warning former officers not to seek employment with foreign governments, citing a "detrimental trend" of agency alumni being hired for these kinds of positions.

"I can't mince words — former C.I.A. officers who pursue this type of employment are engaging in activity that may undermine the agency's mission to the benefit of U.S. competitors and foreign adversaries," wrote CIA counterintelligence assistant director Sheetal T. Patel in an unusual email, reported Julian Barnes and Maggie Haberman.