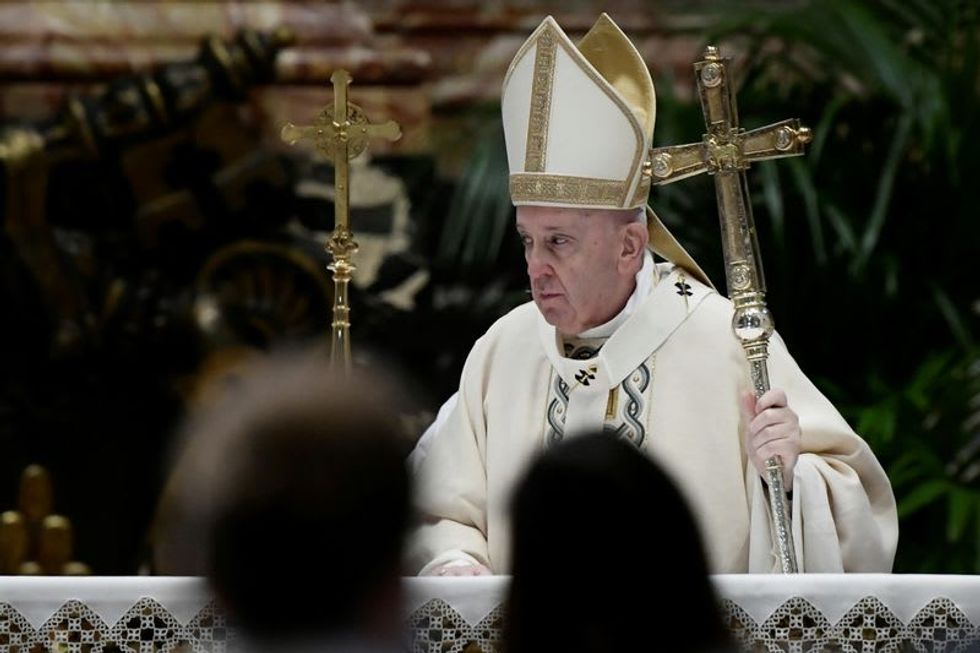 By Philip Pullella VATICAN CITY (Reuters) - Pope Francis urged countries in his Easter message on Sunday to quicken distribution of COVID-19 vaccines, particularly to the world's poor, and called armed conflict and military spending during a pandemic "scandalous". Coronavirus has meant this has been the second year in a row that Easter papal services have been attended by small gatherings at a secondary altar of St. Peter's Basilica, instead of by crowds in the church or in the square outside. After saying Mass, Francis read his "Urbi et Orbi" (to the city and the world) message, in which he t...