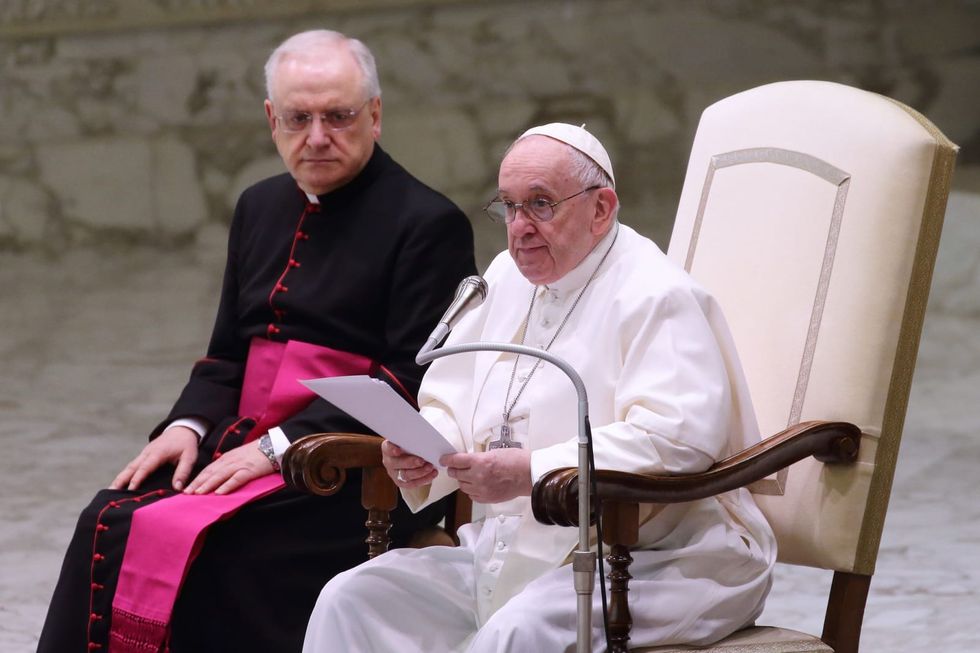 Pope Francis has lifted the requirements of pontifical secret, the Vatican code of confidentiality, from Cardinal Giovanni Angelo Becciu, who is currently on trial over the Vatican's loss-making property deal in London.

Judge Giuseppe Pignatone read out a letter from Pope Francis' deputy, Cardinal Secretary of State Pietro Parolin, lifting the code at the start of the 11th day of the trial on Wednesday.

Until now Becciu has invoked papal secrecy when questioned about the embezzlement allegations against him and an adviser, arguing that he was unable to speak about the matter.

Becciu faces further questioning on April 7 and will therefore be expected to answer questions put to him.

An an earlier hearing, the 73-year-old Becciu read out a statement in which he called the accusations against him "grotesque" and protested his innocence.

The trial concerns the purchase of luxury property by the Vatican Secretariat of State that ended up costing the Holy See over €200 million ($223 million).

It also caused a stir as donations from around the world, known as Peter's Pence, were allegedly used to finance the deal.

The Vatican has since resold the property. The 10 defendants, including Vatican employees and financial managers, are facing charges of corruption, abuse of office and money laundering.