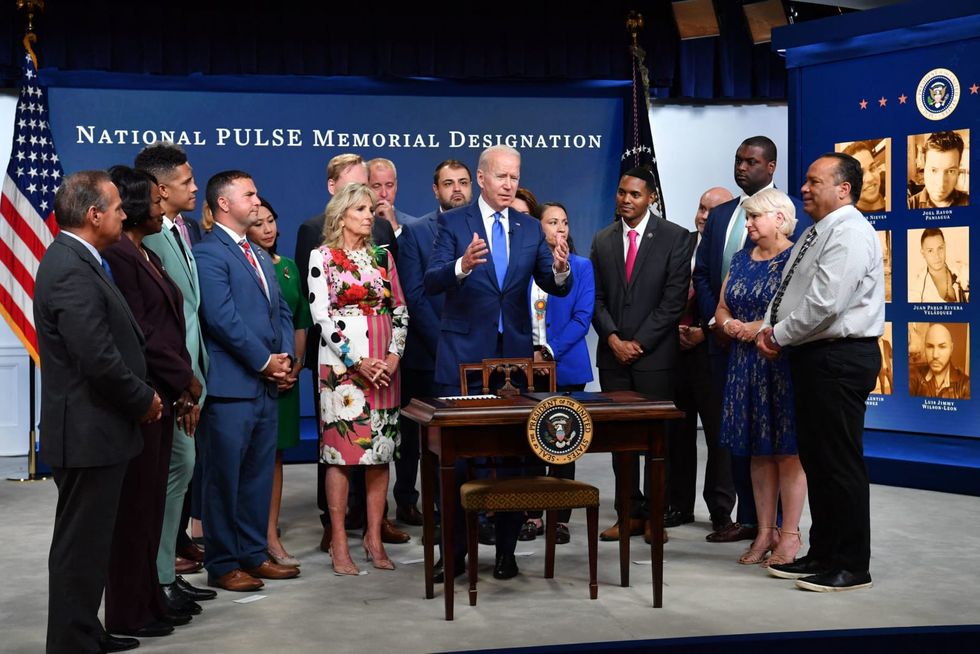 US President Joe Biden speaks before signing the National Pulse Memorial bill into law during an event in the South Court Auditorium of the Eisenhower Executive Office Building, next to the White House, on June 25, 2021. - NICHOLAS KAMM/AFP/TNS

President Biden signed into law Friday the bill designating the site of the Pulse nightclub in Orlando, Florida, as a national memorial, according to the White House. “Just over five years ago, the Pulse nightclub, a place of acceptance and joy, became a place of unspeakable pain and loss,” Biden said. “And we’ll never fully recover, but will remember. ... May no president ever have to sign a monument like this.” Biden was joined at the White House by First Lady Jill Biden, survivors and family members of the victims of the June 2016 shooting, as well as Florida Congress members and members of...