Prince Harry explains why he left royal life: 'I was desperate — we went to all the places to ask for help' 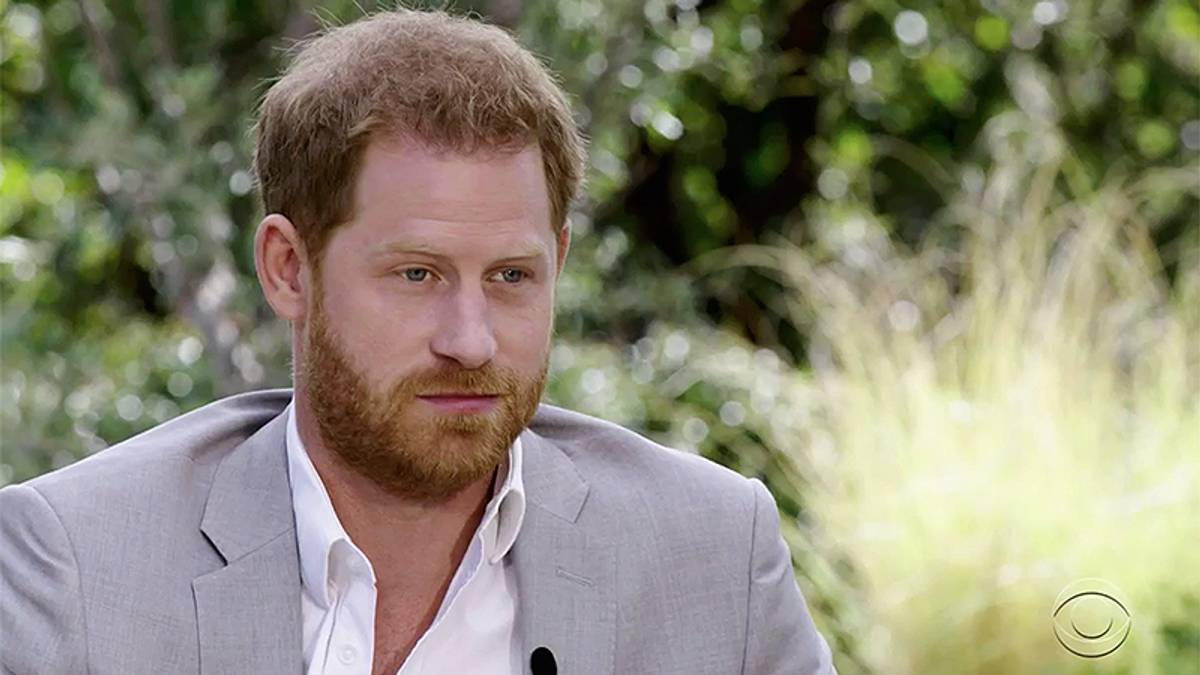 "So, you left because you were asking for help and couldn't get it?" asked Oprah Winfrey.

Meghan explained that they never left the family, they only wanted the same kind of role that other royals have.

"There are senior members of the family, and then there are non-senior members," said Meghan. "And we said, specifically, 'We're stepping back from senior roles to be just like several--' I mean, I can think of so many right now who are all -- they're royal highnesses, prince or princess, duke or duchess -- who earn a living, live on palace grounds, can support the Queen if and when called upon. So, we weren't reinventing the wheel here. We were saying, 'OK, if this isn't working for everyone, we're in a lot of pain, you can't provide us with the help that we need, we can just take a step back. we can do it in a commonwealth country.' We suggested New Zealand, South Africa."

Harry went on to explain that his father has stopped talking to him likely because, at some point, when it became clear no one was going to help them, he had to protect his family. So, he spoke to the Queen and worked with her over a series of weeks to outline what would work best for the palace.

He went on to say he didn't have anyone to turn to. He explained to the palace staff that if they didn't do anything to tone things down and show some public support of Meghan that would stop the tabloids from being so racist.

Harry noted that 72 women in the British Parliament of both sides gave public support to Meghan for the headlines from the UK tabloids, but that no one in his family would. He also explained that the royal family is terrified of the press and that favorable coverage is usually given if news outlets are given interviews and exposure.

Because the press was so awful when it first began, they've refused to play their game because it caused so much of a security threat for the family.

Harry also explained that the hate all started after Meghan was so well-received during their first tour in Australia. He said that he thinks it brought up a lot of memories, referring to his mother and how beloved she was over Prince Charles.