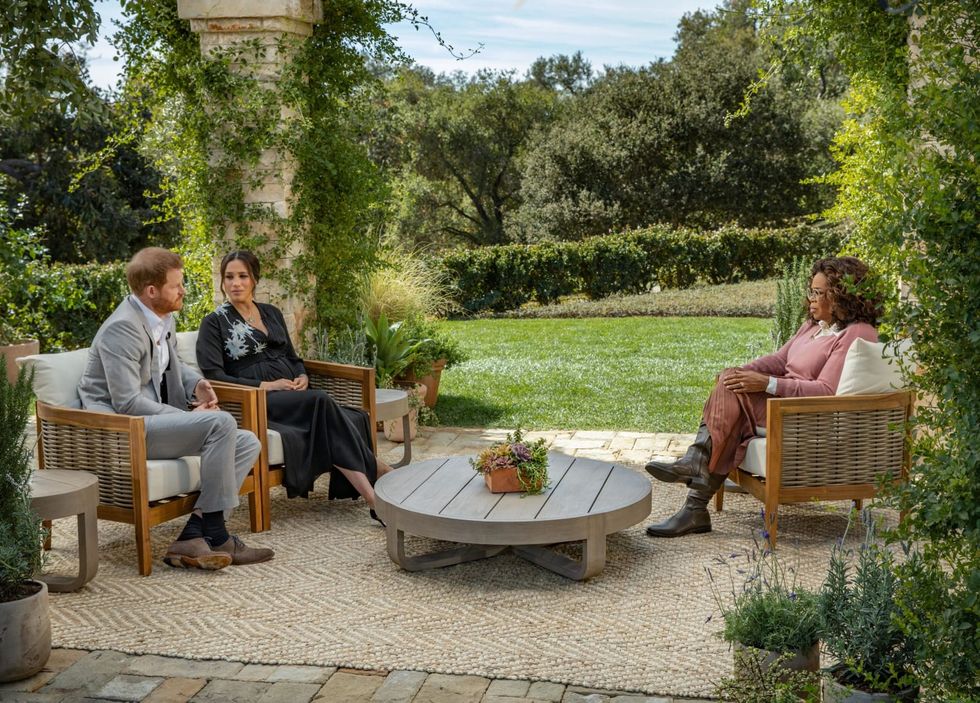 Family drama wasn’t the only thing that drove Prince Harry and Meghan Markle to the U.S. In a previously unaired clip from Oprah Winfrey’s interview with the royal couple, Harry said that institutional racism in England was a “large part” of why they left the U.K. Harry revealed a conversation he had with a colleague at a fundraiser in which the friend seemingly warned him about bringing Meghan into their world. “One of the people at that dinner said to me, ‘Please don’t do this with the media. They will destroy your life.’ This person is friends with a lot of the editors. And I said, ‘So just...