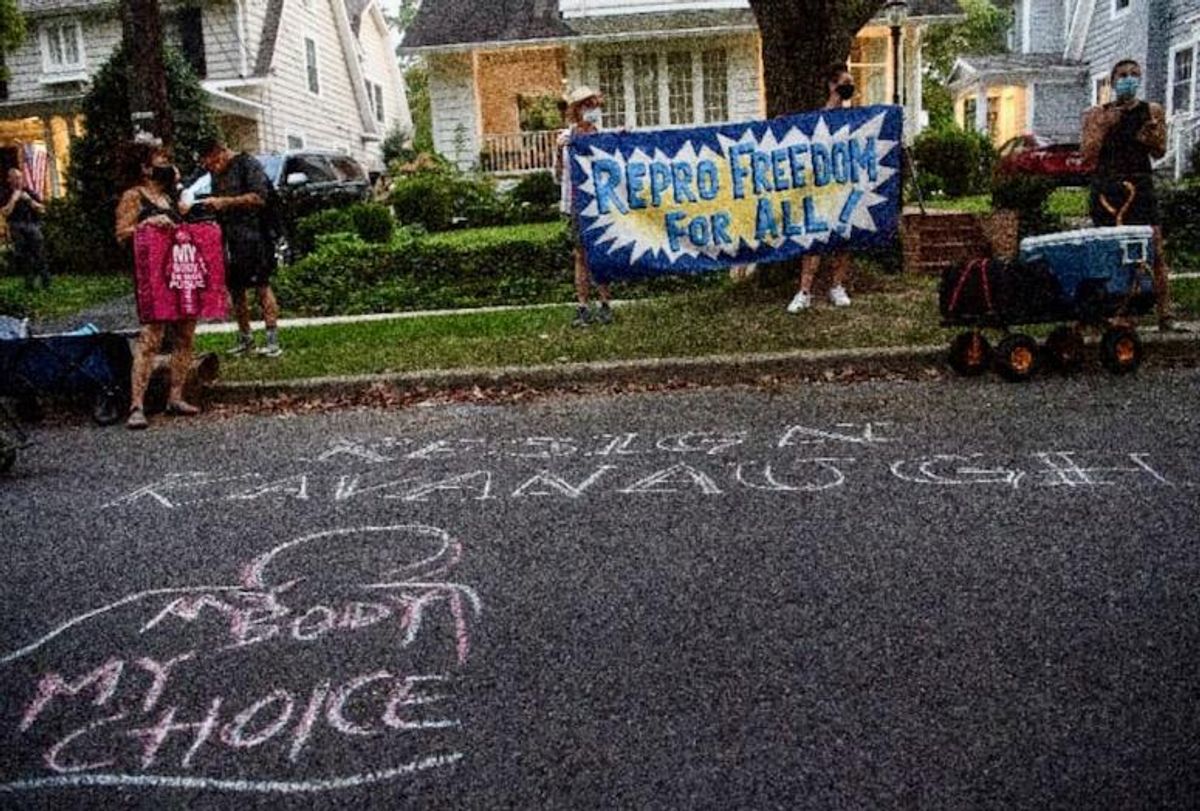 Pro-choice advocates demonstrate outside the home of US Supreme Court Justice Brett Kavanaugh in Chevy Chase, in the suburbs of the US capital(AFP)

Scores of pro-choice protesters rallied outside the home of US Supreme Court Justice Brett Kavanaugh following the top legal body's decision not to block a hugely controversial law banning abortion in Texas.

Some 60 people chanted "my body, my voice" as they marched through the affluent neighborhood in capital Washington, closely watched by police.

"I believe that currently the Supreme Court is infringing on our rights and Brett Kavanaugh is a big part of that," said 18-year-old demonstrator Sophia Geiger.

Although the Supreme Court enshrined a woman's right to an abortion in the landmark 1973 case known as Roe v. Wade, Republican-led conservative states are attempting to roll back access through legislation.

The courts have regularly blocked such attempts, but a Supreme Court shifted to the right by Donald Trump -- who appointed Kavanaugh -- refused to strike down the latest Texas law banning terminations after six weeks.

"We've had multiple women's marches... and clearly, they have not gotten the message," Geiger said. "So now we want to inconvenience him."

Nadine Bloch, a member of the ShutdownDC group and the event organizer, said they were demonstrating outside Kavanagh's home "to make our voices heard".

"We're starting with Brett -- we haven't said we're not going to go to any others," she said.

A 75-year-old Texas woman, who gave her name as Nancy, said she had been fighting for decades, remaining vigilant even after Roe v. Wade.

"I have been marching starting in the 60's, I have been supporting choice, not abortion, choice, my entire life," she said.

Echoing the concerns of civil rights groups, she said restricting abortions would disproportionately affect those already marginalized by society.

"The only ones who will be hurt are the poor people, who also are the minorities in many, many cases," she said.

The Texas law has been strongly criticized.