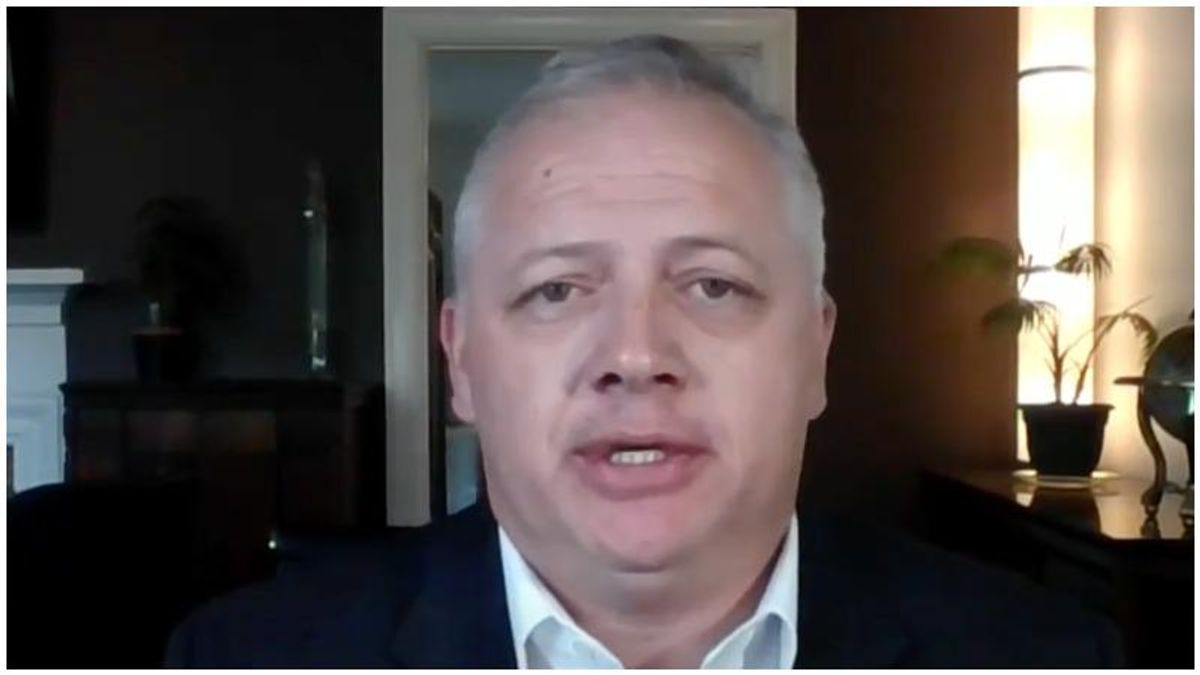 Speaking on MSNBC this Wednesday, former Virginia GOP Rep. Denver Riggleman addressed the blowback from his former colleagues directed at Liz Cheney in the wake of her repeated criticisms of former President Donald Trump.

He specifically addressed comments from GOP Rep. Andrew Clyde, who said that at a House hearing that footage from inside the Capitol on Jan. 6 resembled "a normal tourist visit."

"That's science-based ignorance," Riggleman said of Clyde's comments. "I've never really heard anything like that since I did the report on the data about the insurrection. ... Honestly, I don't want to say people are sniffing glue right now, but when you're talking about these types of things in that way where you see the video and the issues with the data that proves that a minimum of seven white nationalist groups were involved in that insurrection, you look at something like that and you start to get angry."