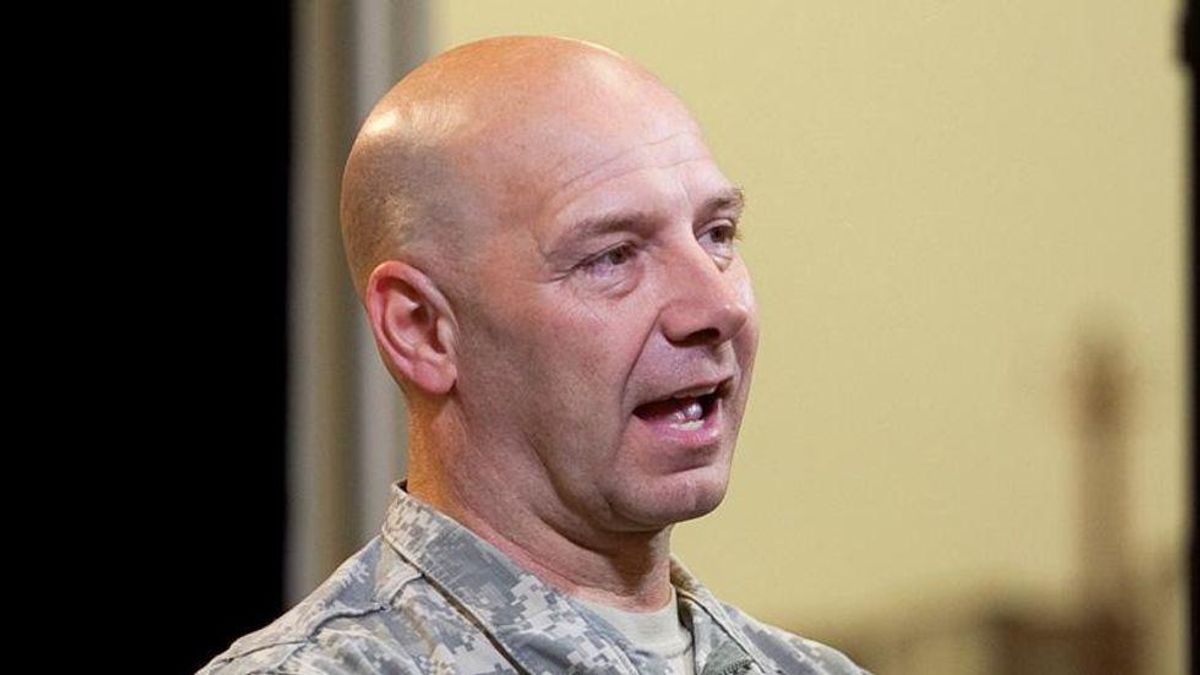 Saying his cause had “been weakened and diminished," a Republican state lawmaker behind an Arizona-style investigation of Pennsylvania's election results has pressed pause on the probe.

The announcement from state Sen. Doug Mastriano, R-Franklin, came during a since-deleted Thursday morning Facebook live stream before an audience of more than 1,000 supporters.

Mastriano, a staunch supporter of former President Donald Trump, announced plans to pursue a “forensic investigation" into Pennsylvania's 2020 general and 2021 primary elections in July. He made a sweeping request for voting equipment and election information from York, Tioga, and Philadelphia counties.

However, the three counties — two of them reliably Republican areas, and one Democratic stronghold — refused to comply, citing the cost of replacing election equipment and a directive from the Department of State prohibiting third-party access to voting machines.

In July, Mastriano said he wasn't surprised the local governing boards for the counties declined to participate.

He told Chambersburg-based News Talk radio host Pat Ryan that subpoenas would have the counties added legal protection. At the time, Mastriano, who chairs the Senate Intergovernmental Operations Committee, a seldom-used committee that typically does not oversee election issues, said the 10-member panel would meet in one to two weeks to vote on issuing subpoenas.

But on Thursday, Mastriano, without offering evidence or specific details, told followers: “The powers-that-be made sure that didn't happen."

“We're not in a very good spot right now," he said. “I put my name out there to get it done, and I've been stopped for the time being. If there's a way I could do it without being stopped, a way around this momentary impediment, you know I would find it."

Mastriano, who did not respond to a request for comment, opted not to explain how his proposed investigation reached a stall during the stream. Instead, he cited a “betrayal" from a group that worked with him to advocate for the review. He did not identify the group.

“I've warned these ladies — don't let it get to your head," he said. “Watch out for pride. Remember those who helped you get there, and it's already forgotten. The star will burn out."

Earlier this week, Mastriano appeared at an “Audit the Vote" rally hosted by Women for America First, a conservative group, with state Reps. Dawn Keefer, R-York, and Stephanie Borowicz, R-Clinton, to advocate for the proposed investigation. He's also attended events held by Audit the Vote PA, a group that promotes unsubstantiated claims of election fraud.

Mastriano has previously suggested on social media that Senate President Pro Tempore Jake Corman, R-Centre, is to blame for the delay. Mastriano retweeted a user urging Corman to back Mastriano and Audit the Vote earlier this month.

“When you have unity of effort, people stand together, and they're not undercutting. I am the lead voice in this fight, and when people want to fracture off that, the forensic investigation might not happen … there's only so much I can do as one of 50 senators," Mastriano said.

He added: “But if the people stand with us in unity, the forensic investigation will move forward."

At least one of Mastriano's Republican colleagues in a less-red district has expressed skepticism about the proposed investigation. State Sen. Dan Laughlin, R-Erie, said in an op-Ed that a similar review in Arizona undermined public trust in elections, and urged his colleagues to focus on more pressing issues.

Democrats have also used the issue to hit incumbents in the blue-trending regions around Philadelphia and Allentown ahead of the 2022 elections and the coming redraw of the legislative maps.

In a series of Facebook ads running this month, the state Democratic Party has encouraged voters to contact state Sens. Bob Mensch and Tommy Tomlinson, of Bucks County, and Pat Browne, of Lehigh County about the election investigation.

The near-identical ads state that the lawmakers are “doing nothing to protect his voters' ballots and privacy against a sham election audit."

“Enough is enough," they continue, urging voters to tell them to “stand up against Trump-Republicans' circus!"