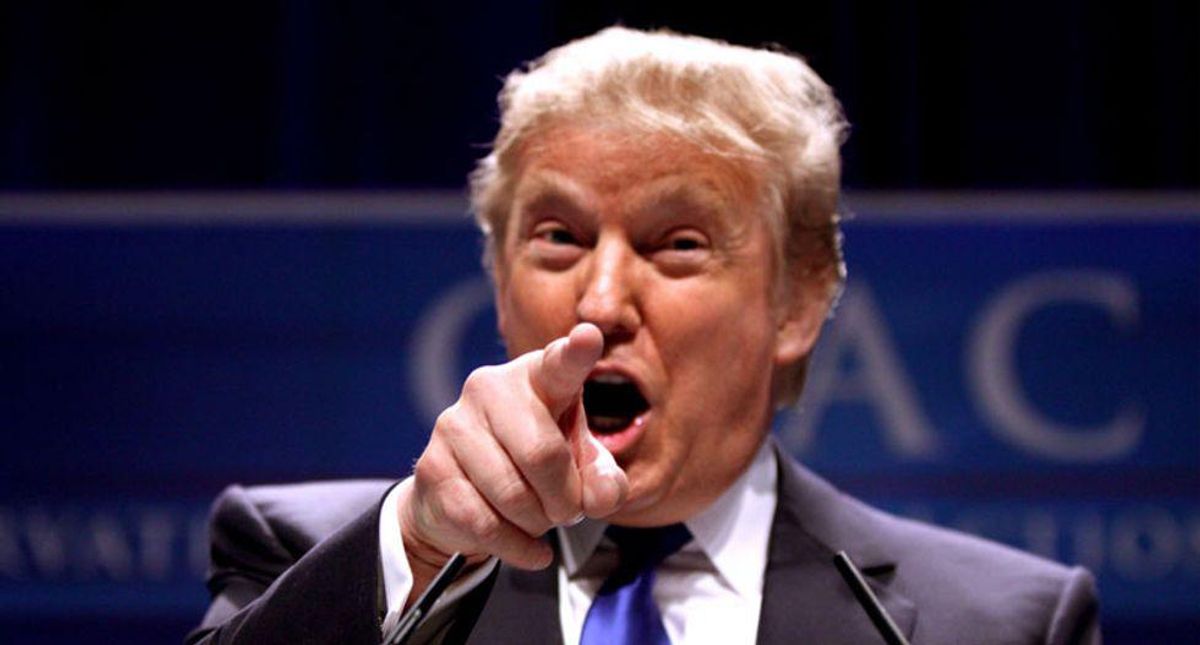 In their long-running plot to discredit so-called "deep state" actors within the federal government, loyalists of then-President Donald Trump enlisted the help of a British spy and a "network of conservative activists" to root out public officials they believed were insufficiently loyal to Trump, according to a bombshell report in The New York Times published Thursday.

It's the most brazen example to be made public thus far of the lengths to which Trump's most loyal supporters went to push out the government employees they saw as watering down the former president's agenda — although, according to the Times reporting, it remains unclear whether Trump or anyone within the upper echelons of the White House was aware of these efforts.

Project Veritas, the conservative group known for its long run of failed sting operations against Democratic officials and news outlets, apparently played a central role in the schemes. The Times reports that one of the organization's largest efforts involved a series of undercover missions against the FBI in which female recruits would arrange dates with bureau employees and attempt to record them making anti-Trump comments.

Erik Prince, the founder of shadowy military contractor Blackwater Worldwide and brother of Trump's education secretary, Betsy DeVos, plays an important role in the Times story for recruiting a former British spy, Richard Seddon, to train Project Veritas operatives to infiltrate trade unions and Democratic campaigns. Prince has a long history arranging intelligence training for the group, as The Intercept outlined in a 2019 investigation.

The scheme to tar McMaster, which also involved a woman surreptitiously recording her interactions with the retired three-star general, sputtered out when he resigned for unrelated reasons in 2018, the Times reports. And though there were several Project Veritas members involved in the plot, the Times notes that it is unclear whether the group itself was directing the operation.

Barbara Ledeen, a former staff member for the Senate Judiciary Committee, alleged that she was recruited to assist in the sting by someone "with access to McMaster's calendar" — though it is not clear in context whether that meant the person she mentioned worked in the White House.

James O'Keefe, the founder of Project Veritas, responded to the Times in a defiant statement, calling the paper's reporting a "smear piece" and attributing the Times' interest in the story to a defamation lawsuit his group is currently litigating against the Gray Lady. He also released a video late Thursday in which he denied any involvement in the undercover plot against McMaster.