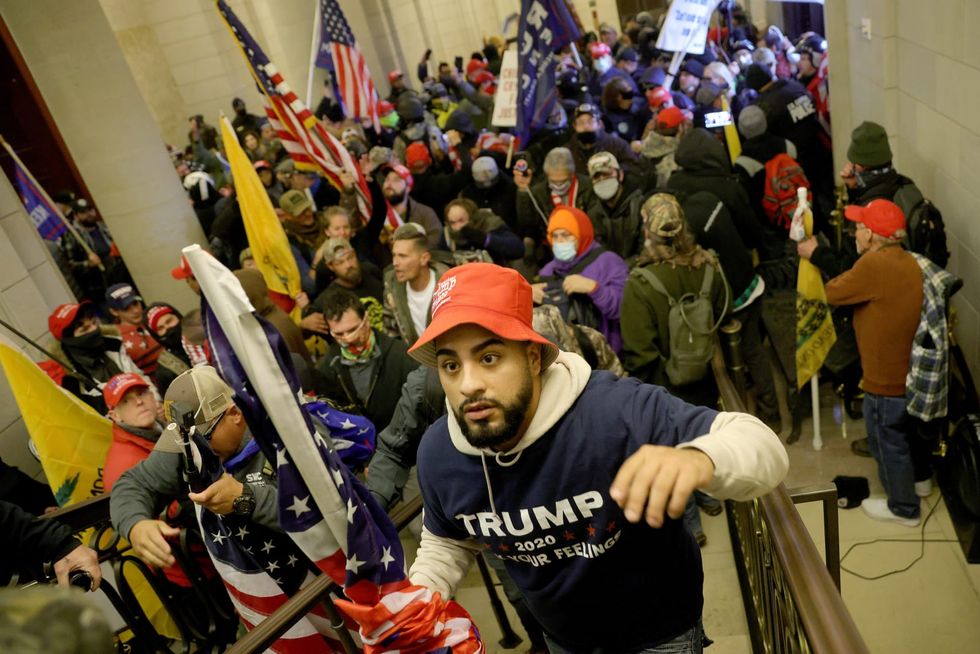 DETROIT – Michigan state Rep. Matt Maddock, R-Milford, and his wife, Meshawn Maddock, who is poised to become the next co-chair of the Michigan Republican Party, have joined a Facebook group where members have discussed the possibility of a civil war, decried a ban on open carry inside the state Capitol and hope for a "big cleanup" of elected leaders. The Maddocks have played a leading role in the effort to overturn Michigan's election results, and the two were in Washington, D.C., when the president's supporters stormed the Capitol building in a deadly assault last Wednesday. Meshawn Maddock ...