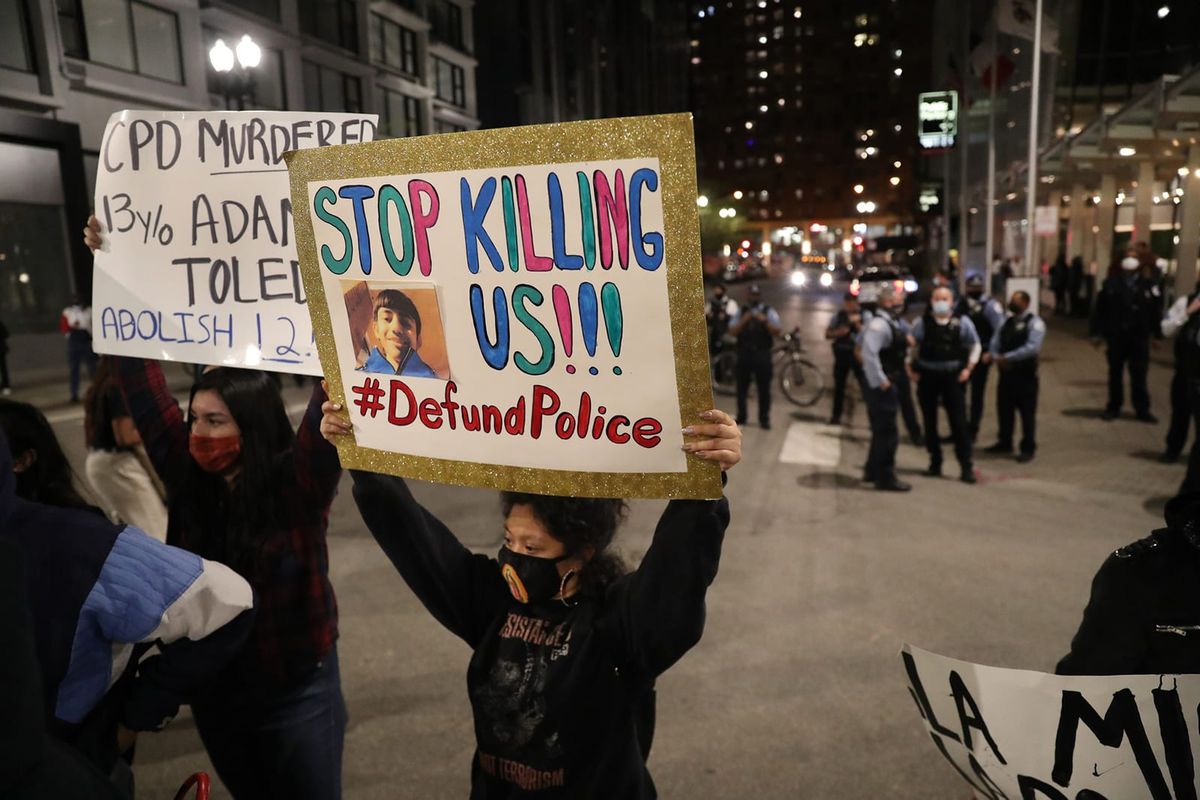 People protest in solidarity for Adam Toledo at the corner of Wabash and Chestnut in Chicago's Gold Coast neighborhood after traveling in a car caravan from Chicago's Lawndale neighborhood on Friday April 9, 2021. - Chris Sweda/TNS

CHICAGO — A day after Cook County prosecutors partially disavowed statements they made in court about the police killing of 13-year-old Adam Toledo, the office declined to elaborate on what exactly went wrong and why. But the assistant state’s attorney who made the statements was placed on leave Friday, a spokeswoman for the office confirmed Saturday morning. The statement in question had been distributed widely for nearly a week before a spokeswoman for State’s Attorney Kim Foxx’s office on Thursday said that while the facts stated in court were correct, the prosecutor, Assistant State’s Atto...