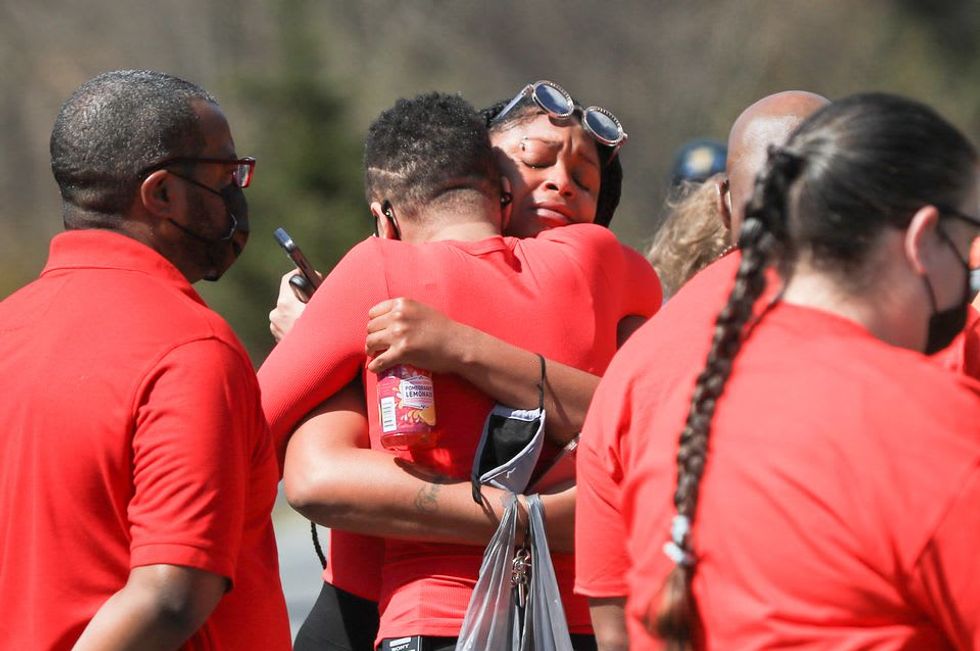 A coalition of activists, religious leaders and former inmates gather outside Edna Mahan Correctional Facility for Women in Clinton to protest abuse behind bars. Nafeesah Goldsmith of Neptune, lead organizer for NJ Prison Justice Watch, hugs Tiera Piercy-Hollis of Camden at the protest. Both women are former inmates at the facility. 3/27/2021

Nobody could remember a rally ever happening outside New Jersey’s only women’s prison. Saturday may have been the first. About 80 people gathered on a grass field in Clinton to protest abuse behind bars, part of a growing outcry since six women said they were severely beaten by officers at the Edna Mahan Correctional Facility in January. Some former prisoners at the event said it was their first time back since their release, including Tiera Piercy-Hollis, who wept as she recalled beatings she said she witnessed and received. That violence had permanently scarred her life, she said. “I was sup...