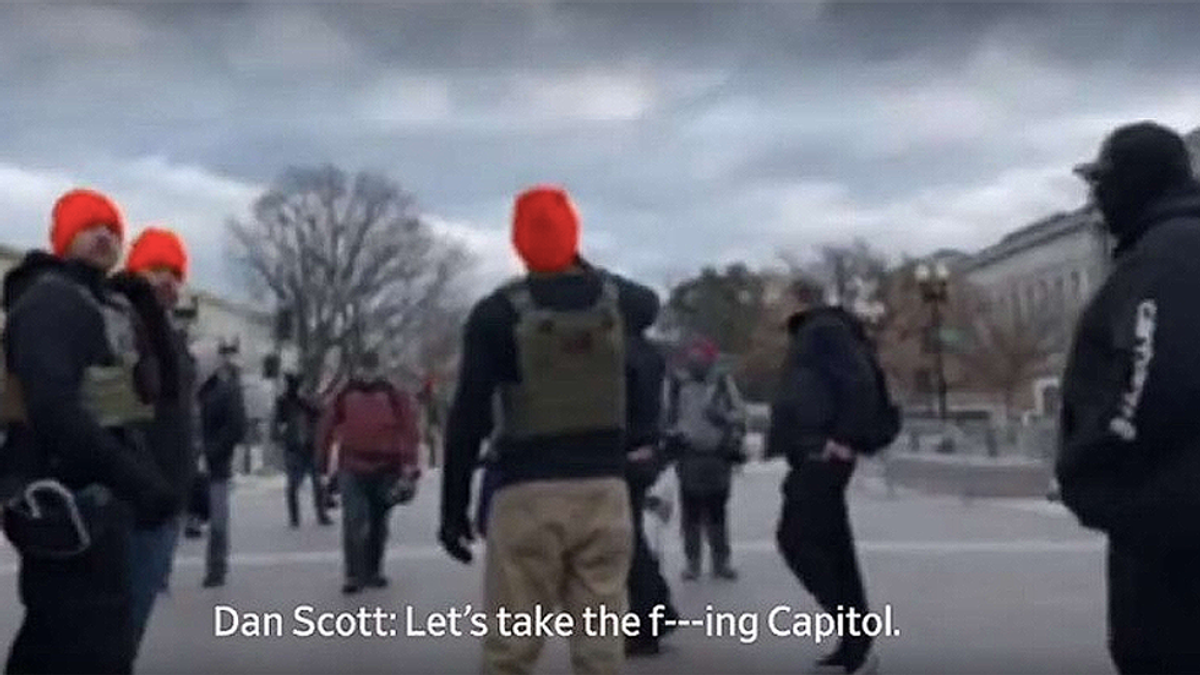 SEATTLE — A former Arlington man identified as a prominent member of the Proud Boys extremist group has been charged in Washington, D.C., federal court with breaking into the U.S. Capitol during the deadly Jan. 6 insurrection, obstructing Congress and assaulting a federal officer. Daniel Lyons Scott, 27, was arrested on Thursday in Florida, where he made an appearance before a magistrate judge in Tampa. He was released on a $25,000 bond and ordered to appear in the U.S. District Court for the District of Columbia to answer six felony charges, including assault, obstruction of Congress, obstruc...