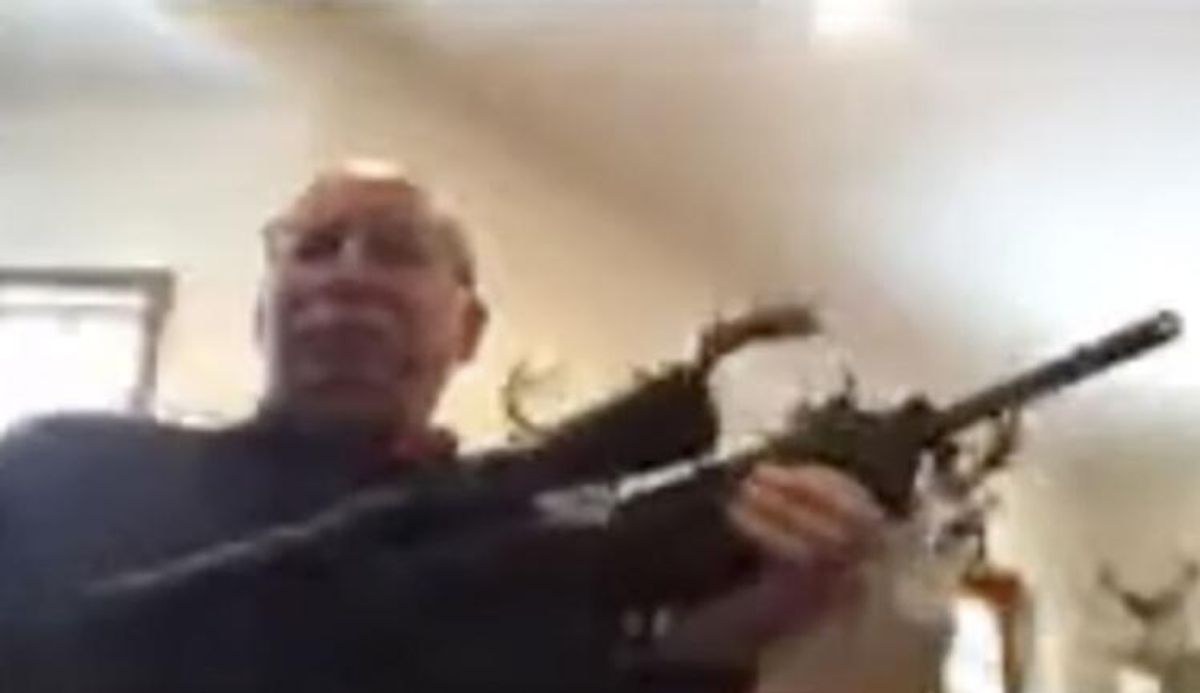 Ron Clous flashes a rifle during a Zoom meeting. (YouTube/Screenshot)

A county commissioner in Traverse City, Michigan this week flashed a gun during a Zoom meeting after being asked by a local resident to denounce the far-right Proud Boys gang.

She then asked the commission to emphasize that it denounced the group, which played a major role in the riots that occurred at the United States Capitol building that were aimed at blocking the certification of President Joe Biden's victory.

It was at this point that Clous got up from his seat and returned holding a rifle, which he placed on his desk.

MacIntosh took it as an attempt to intimidate her.

"This guy is in the middle of a government meeting brandishing a weapon," MacIntosh told the Record-Eagle. "Why would I not think they were trying to harm me?"

Clous, however, said he had no intention of threatening MacIntosh and insisted he was only trying to show his support for the Second Amendment.

He also explained why he wouldn't agree to denounce the Proud Boys.

"The only thing I know about them [Proud Boys] is when they came and spoke to us, they were probably the most respected folks that got up and talked [at the March meeting]," he told the Record-Eagle. "They were decent guys and they treated us with respect."