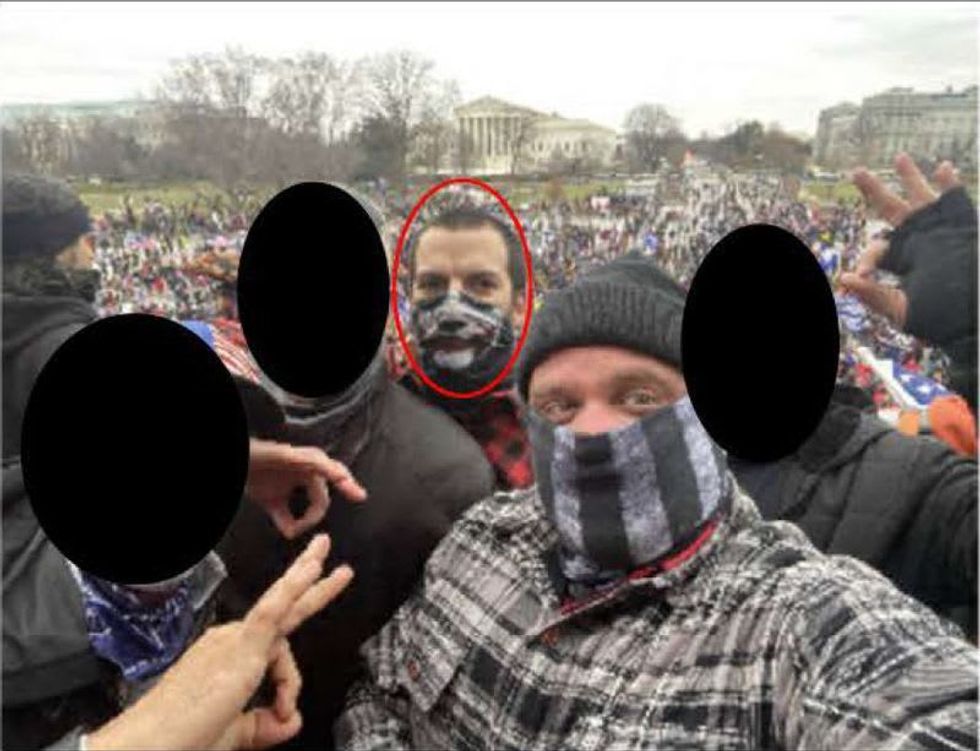 The image shows him with Joe Biggs, a prominent Proud Boys organizer accused of helping to plan the U.S. Capitol riot on Jan. 6, 2021. - FBI affidavit/TNS

ORLANDO, Fla. — A member of the far-right Proud Boys group — and husband of an Orange County deputy sheriff — was arrested on federal charges Tuesday, accused of illegally entering the U.S. Capitol during the Jan. 6 riot that left five people dead. An affidavit said 30-year-old Arthur Jackman, who at one point reportedly served as vice president of the Central Florida Proud Boys, was photographed among various other Proud Boys members outside and inside the Capitol during the attempted insurrection. Jackman faces charges of obstructing official proceedings before Congress and entering restrict...