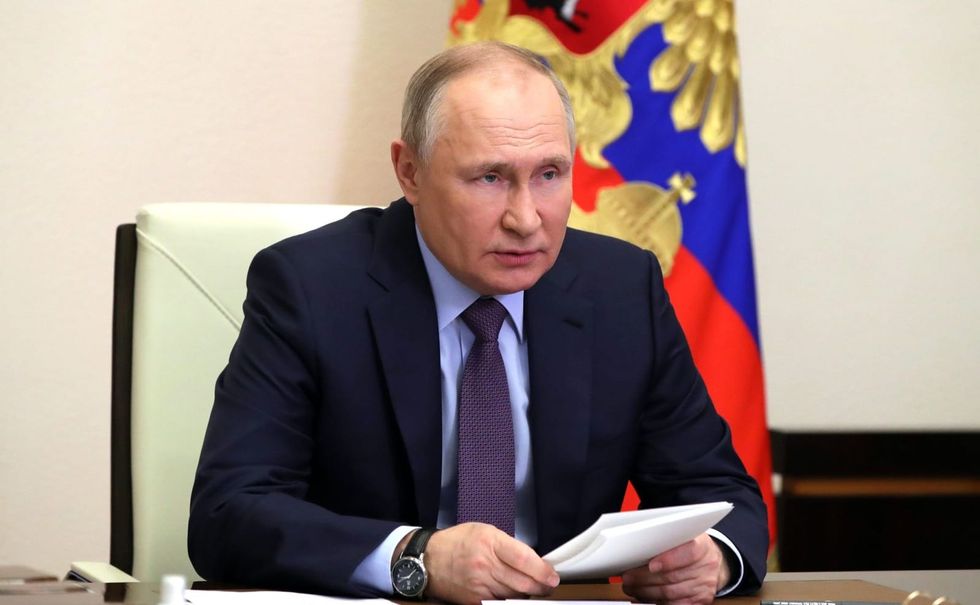 Russian President Vladimir Putin holds a videoconference meeting over the situation in the oil and gas sector, at the Novo-Ogaryovo residence. -/Kremlin/dpa

Russian President Vladimir Putin accused Western banks of failing to make payments for Russian gas on Thursday, just two weeks after demanding such payments be made in roubles.

"There are defaults on export deliveries of Russian energy resources," Putin said during a meeting about the development of Russia's energy sector, parts of which were broadcast on state television.

"Banks from these extremely unfriendly states are withholding the transfer of payments," the president said.

In late March, Putin demanded that EU countries pay for deliveries of Russian gas in roubles in future, a move that came as Russia seeks to mitigate the effects of Western sanctions on its economy.

Western governments imposed far-reaching sanctions on the financial sector and others after Russia began its invasion of Ukraine on February 24.

Buyers of Russian gas can open an account at Gazprombank and deposit money there in dollars and euros as previously. The bank converts the money into roubles and transfers it to Gazprom.

As Western leaders seek further ways to halt Russia's bombardment of Ukraine, Putin warned against any embargo on Russian gas and oil, a step that Kiev has called for.

"The consequences of such a step can be very painful - especially for the initiators of such a policy," Putin said. He also reiterated that Russia wants to sell more of its raw materials to other regions of the world in the future.