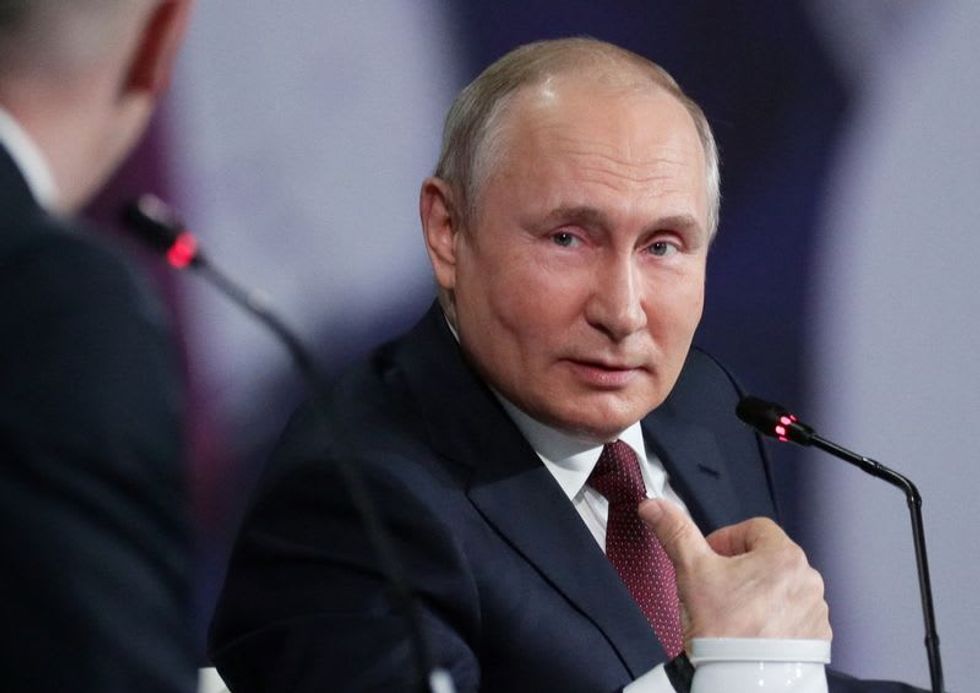 MOSCOW (Reuters) - President Vladimir Putin said on Friday that suggestions the Russian state was linked to high profile ransomware attacks in the United States were absurd and an attempt to stir trouble ahead of his summit this month with U.S. President Joe Biden.

A hack of Brazilian meatpacker JBS's facilities in the United States, reported this week, is the third such ransomware hack in the country since Biden took office in January.

JBS told the White House it originated from a criminal organisation likely based in Russia.

The White House said on Wednesday that Biden, who is due to hold talks with Putin in Geneva on June 16, was expected to discuss the hacking attacks with the Russian leader to see what Moscow could do to prevent such cyber assaults.

U.S. officials have spoken of criminal gangs based in eastern Europe or Russia as the probable culprits. But Kremlin critics have pointed the finger at the Russian state itself, saying it must have had knowledge of the attacks and possibly even be directing them.

Putin, speaking on the sidelines of the St Petersburg Economic Forum, told Russia's state TV Channel One that the idea of Russian state involvement was absurd.

"It's just nonsense, it's funny," said Putin. "It's absurd to accuse Russia of this."

He said he was encouraged however, by what he said were efforts by some people in the United States to question the substance of such allegations and try to work out what is really going on.

"Thank goodness there are people with common sense who are asking (themselves) this question and are putting the question to those who are trying to provoke a new conflict before our meeting with Biden," said Putin.

Praising Biden as an experienced politician, Putin said he expected the Geneva summit to be held in a positive atmosphere, but did not anticipate any breakthroughs.

The meeting would be more about trying to chart a path to restore battered U.S.-Russia ties which are strained by everything from Russia's jailing of Kremlin critic Alexei Navalny to Ukraine to Syria, he said.

Earlier on Friday, Putin told the same economic forum that the United States was openly trying to hold back Russia's development and accused Washington of wielding the dollar as a tool of economic and political competition.

"We have no disagreement with the United States. They only have one point of disagreement - they want to hold back our development, they talk about this publicly," Putin told the forum.

"Everything else stems from this position," he said.

Putin also questioned what he said was the harsh way U.S. authorities had dealt with some people detained during the storming of the Capitol in January by supporters of Donald Trump.