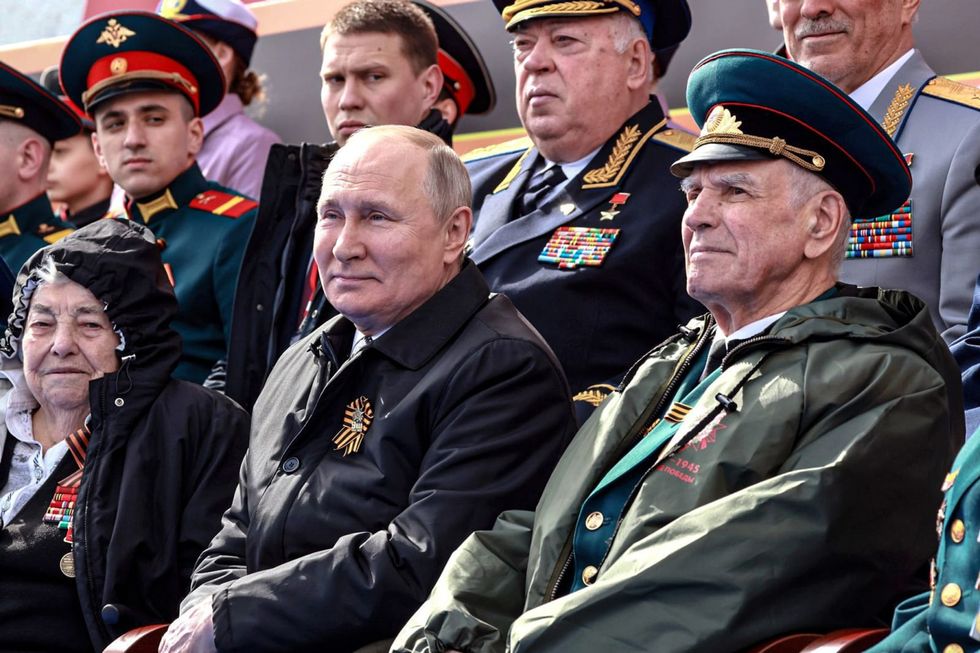 Russian President Vladimir Putin justified his invasion of Ukraine during a speech on Monday to mark the Soviet victory over the Nazis, while Ukrainian President Volodymyr Zelensky promised his people their own Victory Day in the future.

In a highly anticipated address that contained few surprises when it came to announcements about the war in Ukraine, Putin said that besides commemorating those who had defeated Nazism, it was important "to stay vigilant and to do everything possible to ensure that the horrors of global war are not repeated."

Fighting for Russia's security was taking place today in the Donbass in eastern Ukraine, he said.

Putin justified Russia's invasion of Ukraine as a reaction to NATO activities in the country. "Russia has preemptively repelled the aggression, that was the only right decision," he said.

There is no evidence for Putin's repeated claim of an imminent Ukrainian attack on Russia. In the past, NATO has participated in military exercises in Ukraine and trained Ukrainian soldiers.

Thousands of soldiers took part in the military parade on Moscow's Red Square to mark the defeat of Nazi Germany 77 years ago. Tanks and other military equipment were also on display. An air display was cancelled at the last minute, apparently due to bad weather conditions.

The Kremlin refers to its invasion of Ukraine, which began on February 24, as a "special military operation."

Many had speculated that Putin could use the occasion to declare "war" on Ukraine, but such a statement did not materialize.

There has been speculation that Putin could order a general or partial mobilization of soldiers on Monday, even though the Kremlin has already rejected this as "nonsense."

Unlike in previous years, this time no foreign head of state was seen at the parade, following the widespread condemnation in the West of the Russian invasion.

Meanwhile, Ukraine's President Zelensky rejected Russian attempts to characterize the war as part of an effort to "denazify" Ukraine.

"We are proud of our ancestors who, together with other nations in the anti-Hitler coalition, defeated Nazism. And we will not allow anyone to annex this victory, we will not allow it to be appropriated," Zelensky said in a statement.

Ukraine would witness "the parade of victory - the victory of Ukraine!" Zelensky said.

Some 350 Ukrainian soldiers had been killed, he said.

Russian forces also destroyed an S-300 anti-aircraft missile system in the Kharkiv region in eastern Ukraine, he said, while the Black Sea region of Odessa had been shelled with missiles.

Neither the military developments nor the casualty figures could be independently verified.

On the ground in eastern Ukraine, people were waiting for more news from Bilogorivka, where authorities said up to 60 people could be dead after a Russian airstrike on a school.

Russian troops were reported to be gaining ground in the eastern areas of Luhansk and Donetsk, where Russia has refocused its attacks since failing to make advances near the capital Kiev and in other parts of Ukraine.