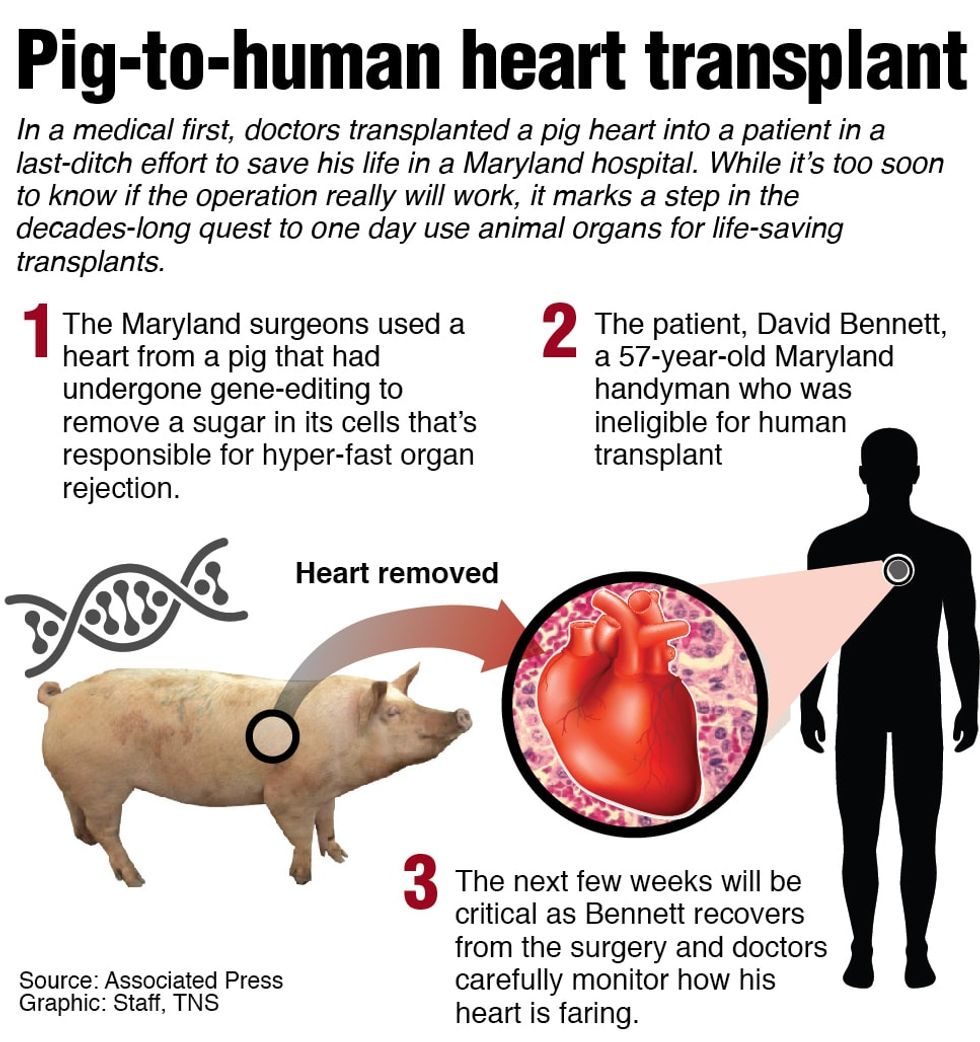 SAN DIEGO — Physicians at the University of Maryland Medical Center stunned many people this week when they announced that they had successfully transplanted the heart of a pig into a 57-year-old man who was dying of a heart disorder. It was the first successful attempt to place a pig’s heart into a human. And it immediately raised hopes that such a procedure could eventually be used to treat large numbers of people who need a new heart to survive. The medical team used the heart of a pig that had been genetically modified 10 times in hopes of making the organ perform normally in the recipient...