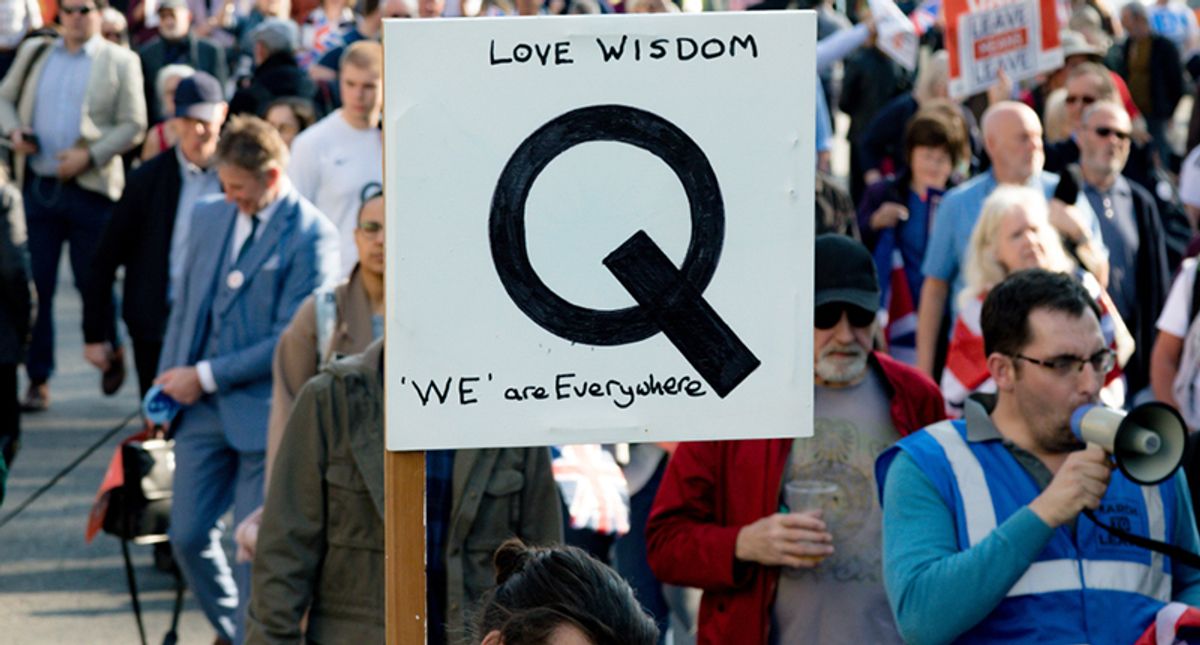 Believers in the QAnon conspiracy theory have stuck with it despite living through years' worth of failed predictions.

The first failed prophecy came back in October of 2017, when a purported intelligence operative named "Q" told the message board 4Chan that Hillary Clinton would soon be arrested for running a child sex trafficking ring.

The latest failed Q prediction came on Wednesday, when President Joe Biden took the oath of office despite expectations that former President Donald Trump would storm in to have him arrested and then remain in power for the next four years.

However, theologian Candida Moss writes in the Daily Beast that QAnon's failed prophecies may not deter followers from keeping the faith even now that Trump has left office.

As evidence, she notes how a failed doomsday prophecy in the 19th century known as the "Great Disappointment" eventually led to the foundation of the Seventh-Day Adventist Church, which now has tens of millions of members.

So instead of admitting defeat, Moss expects QAnon devotees to reinterpret past prophecies much in the same way the Seventh-Day Adventists reinterpreted a failed prediction of the apocalypse.

"Some people cling to their belief structures even when they have been proven wrong," she writes. "In the case of QAnon this has already happened. Hilary Clinton was supposed to have been arrested three years ago. Joe Biden was never supposed to have become president."

Moss also said that Trump himself gave this effort an unintentional nod during his farewell address when he promised to be back "in some form."

"All of which suggests that even if Trump is convicted, QAnon Trump loyalists... may be holding out hope for years to come," she concludes.