'Are we the sheep?': Frustrated QAnon followers baffled that Newsom recall is headed for failure 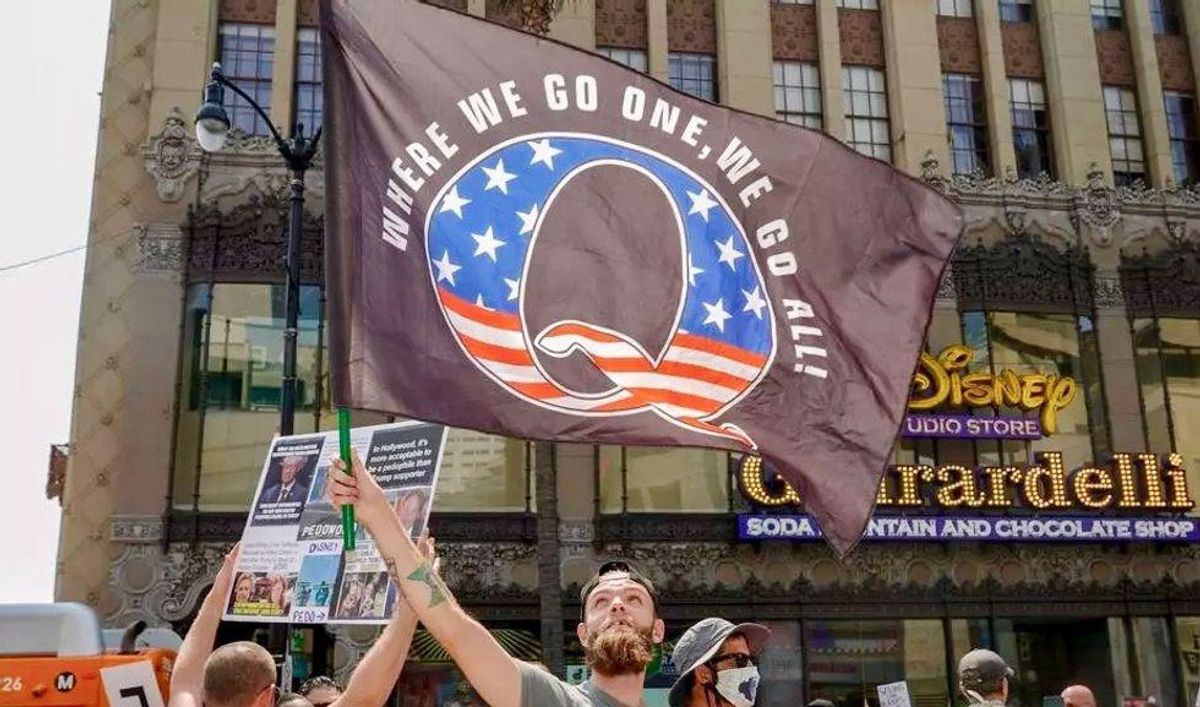 According to a report from the San Francisco Gate, followers of QAnon conspiracy theories have grown despondent that the recall of California Gov. Gavin Newsom (D) seems headed to failure and are beginning to question their faith in the movement.

With CNN reporting that the entry of conservative radio host Larry Elder into the race as the leading Republican contender likely being the tipping point to the recall effort turning Newsom's way, QAnon followers had hoped his dismissal would be the beginning of the changeover in government that would also see Donald Trump reinstalled as president.

According to the Gate's Katie Dowd, despite its liberal reputation, California is a hotbed of QAnon sentiment, with Dowd writing, "the extremist ideology has made significant inroads in California. It's particularly noticeable in Orange County and San Diego, where people sporting QAnon flags and shirts have been seen at anti-lockdown and anti-Newsom protests over the past year. In addition, four of the candidates running to replace Newsom have expressed support for QAnon."

Add to that, she reported, it is an article of faith within the group that Republicans outnumber Democrats and that in the 2020 election Donald Trump defeated Joe Biden despite Biden receiving 11 million votes to Trump's 6 million.

Be that as it may, Dowd reports, "In the lead-up to the Newsom recall, anons have glommed onto a December 2018 Q post in response to a commenter asking, 'Will voter fraud in CA ever be brought to light?' 'Watch CA,' Q wrote back. Three years on, some are convinced this means that Newsom will fraudulently win this recall election and, confronted with overwhelming evidence of this alleged fraud, Californians will kick off a national audit that gets Trump back into office."

Now some QAnon followers are questioning whether that will happen at all.

"Despite their lofty talk, it seems not all Q believers are convinced Newsom's recall will usher in the glorious return of their preferred president," the report states, quoting one adherent posting on a QAnon forum, "So now we need a 3rd time??? We have Nov 3rd.... we have the Georgia Senate runoffs.... now we need California. Is there a point that around here the question can be raised....... i'm not sure patriots are in control...... are we the sheep??? I don't think so but I mean are we the sheep for letting this go on? Are we the ones being gaslit?"