'We are in a war': Son of a QAnon believer details his mom's tragic refusal to leave the conspiracy cult 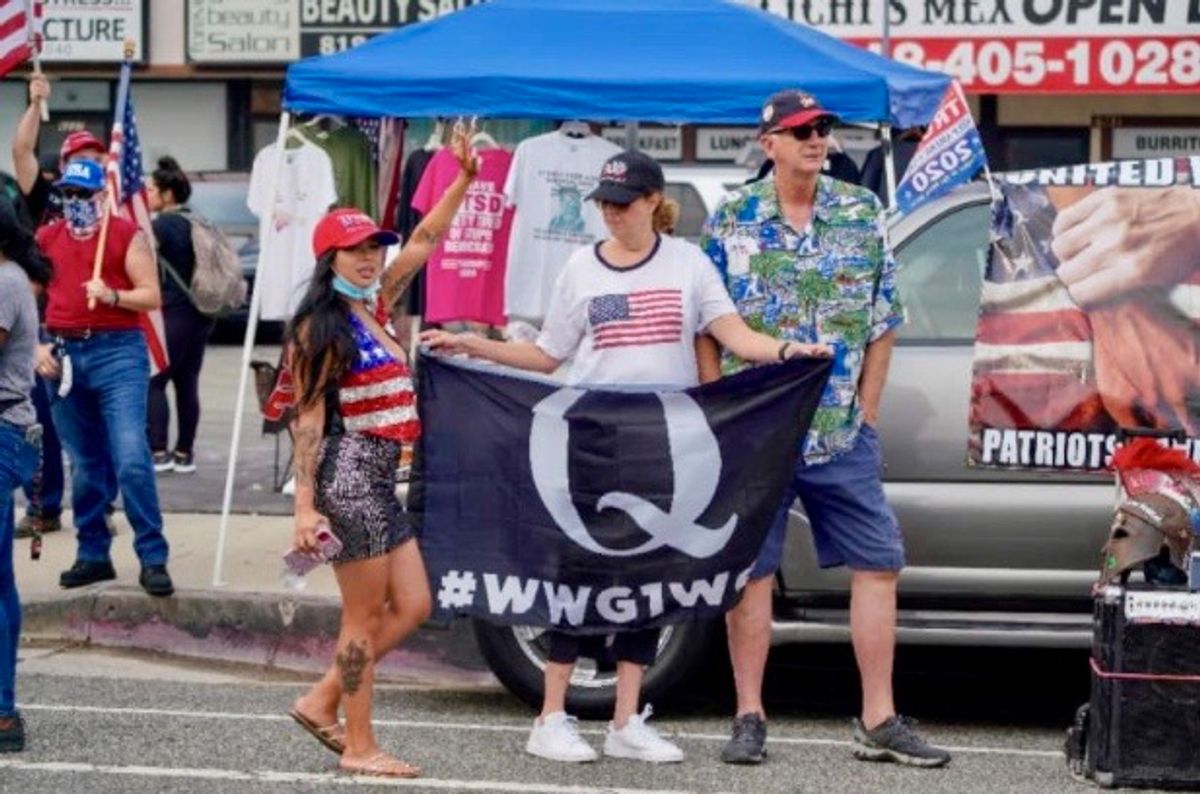 The QAnon conspiracy theories surrounding former President Donald Trump have repeatedly been disconfirmed reality, but for those who believe in the cult-like cabal, factual reports are actually nothing more than false statements and "fake news." Believers can always find a way to rationalize their failed predictions and concoct new myths in the face of unpleasant truth. To make matters worse, their family members are the ones left reeling over their behavior and bizarre beliefs.

Now, one Buzzfeed writer is sharing his personal experience as he details his struggles with his mother, a devout believer in the far-right movement. In a new piece published on Friday, March 12, Albert Samaha revealed how the disturbing extent of how QAnon has transformed his relationship with his mother due to her mind-boggling beliefs.

From the misinformation campaigns she has gravitated to online to the warnings she levels during their conversations, Samaha worries that her beliefs may be too far gone. The writer, who grew up in a religious environment, revealed his mother told him that she believes "the Holy Spirit" led her to QAnon "to discover the truth which is being suppressed."

"Otherwise, how would I be able to know the truth if the lamestream media suppresses the truth?" she texted her son. Although Samaha is a member of the mainstream press, which his mother describes as "the lamestream media," he admits she has expressed concern about his own reporting as she believes he could become part of the "deep state."

The only stories my mom found credible in what she called "the mainstream media" were the ones reported by her son — and even then, only when the subject matter didn't attack her devotion to the Catholic faith and to Donald Trump. Over the years, she urged me not to write about politics and expressed her concerns that I was falling further into the deep state when I reported on kids repeating Trump's racist rhetoric or the validity of the election results.

Samaha also shared additional text messages he received from his mother as she expressed concern about his reporting. In fact, she even asked if he would resign from his job. "I pray you will not be a journalist for the deep state," Samaha's mother texted. "It's either you are protecting the deep state or Trump. I love you. If you are pressured by BFN to be part of the evil deep state, please resign."

On another occasion, she texted a theory insisting prophets have deemed Trump to be anointed by God to the "evil doings" in the world, another theory commonly circulated by QAnon believers. "The prophets have said Trump is anointed. God is using him to finally end the evil doings of the cabal which has hurt humanity all these centuries. We are in a war between good & evil."

Samaha detailed his tireless efforts to debunk some of the QAnon theories in hopes of his mother finally coming to grips with reality. Although many of the most bizarre claims are obviously false, he has not been successful in getting his point across.

Through the years, I'd battled against conspiracy theories my mom threw at me that were far more formidable than QAnon. I'd been stumped when she asked me to prove that Beyoncé wasn't an Illuminati member, dumbfounded when research studies I sent her weren't enough to reach an agreement on vaccine efficacy, and too worn down to say anything more than "that's not true" when confronted with false allegations of murders committed by prominent politicians.

The theories spun from Q's messages seemed much easier to disprove. Oprah Winfrey couldn't have been detained during a wave of deep state arrests because we could still see her conducting live interviews on television. Trump's 4th of July speech at Mount Rushmore came to an end without John F. Kennedy Jr. revealing he was alive and stepping in as the president's new running mate. The widespread blackouts that her Patriot friend's "source from the Pentagon" had warned about failed to materialize. And I could testify firsthand that the CIA had no control over my newsroom's editorial decisions.

However, he admitted that he realized "what I had dismissed as damaging inconsistencies turned out to be the core strength of the [QAnon] belief system." With all that has transpired over the last several months, Samaha has come to grips with the state of their relationship.

"I no longer inhabit the delusion that our divergence is temporary. Though I once feared our partnership was doomed unless I pulled my mom out of the current, I now understand our debates as marks of the very bond I thought was disintegrating," he wrote.

Samaha added, "No matter how far she believes I've fallen into the deep state, how hard I fight for the forces of evil, how imminent the grand plan's rapture, my mom will be there on the other side of the line putting in a good word for me with the angels and saints, trying to save me from damnation. And those are the two realities we live in."