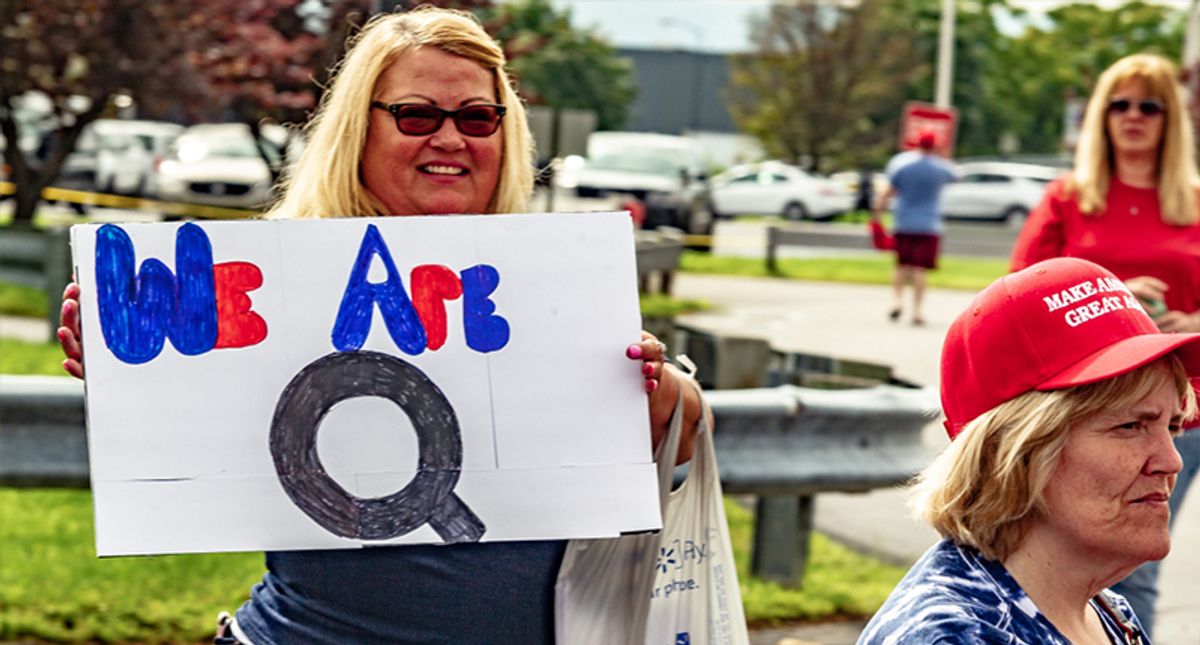 Whether a follower decides to leave or stay, outsiders and loved ones would do well to resist ridiculing. Deprogramming cultish beliefs is difficult under the best of circumstances. Shaming and making fun of adherents may make you feel good, but it won't help you achieve the more important goal of getting back your loved ones. Social science helps us understand why.

I wrote earlier about the ways devotees to a cause can respond in the wake of a failed prediction. While there are acute differences between the Seekers cult and QAnon followers, particularly when it comes to their post-disconfirmation behavior thus far, we'd be naive to not learn from the allegiances of past failed prophecies.

The Seekers example dates back to 1954 when a Doomsday group believed the world would end in a catastrophic flood with only the believers in the group being spared. Social psychologist Leon Festinger chronicled the group's actions in the months leading up to and after the prophesied day of destruction.

What was remarkable about the Seekers (and which confirmed Festinger's famous theory of cognitive dissonance) was that when faced with knowledge of the failed prediction—there was no flood—believers not only doubled down on their belief, but immediately began to proselytize. They became desperate to win new converts.

This may resemble what we're seeing with QAnon followers post-acquittal, but by comparison, it's hard to say what they're currently thinking. Perhaps some are laying low and biding their time. Perhaps others have abandoned the group (as did some of the Seekers). Some may be experiencing a restored sense of hope given the most recent failed impeachment of Trump, but we haven't yet seen evidence of increased proselytizing by QAnon adherents.

Both groups experienced a failed prediction on a massive scale, a prediction in which both groups' followers believed strongly and to which they demonstrated fierce commitment. Seekers did so by giving up their jobs and handing over their possessions and savings, while QAnon followers risked exposure and prosecution on January 6 by rioting in the nation's capital. But what determines whether QAnon followers will increase their proselytizing?

Inspired by Festinger's test of his theory of cognitive dissonance, scientists Jane Hardyck and Marcia Braden published a report of a doomsday group they observed in 1962 called the Church of the True Word. The group also faced a disconfirmed prophecy that the world would soon end in nuclear war. In commitment to their belief, the group had built underground fallout shelters and stocked them with canned and dehydrated food, large jugs of water, and power generators. On word that the group's prophet had received a divine message, having already been inspired by certain passages of the book of Revelation, 135 followers headed into their shelters.

Of those who went in, 103 remained for a full 42 days and nights. The faithful received word to come out. Those who'd stayed inside claimed that their stay had strengthened their faith and increased their belief in the work of the group. While the Seekers reframed their own failed prediction as God having spared the world, the True Word group reacted in the same vein by claiming God was testing their faith. In other words, some members of both groups clung to their beliefs.

However, whereas the Seekers desperately began to search for new converts, the True Word group did not. What made the difference? The observations of scientists Hardyck and Braden suggested one possibility: news coverage of the Seekers was largely disdainful and ridiculing. By contrast, the True Word followers received very little ridicule from news outlets or local townspeople. In fact, the town mayor was quoted as explicitly calling for no one to ridicule the group for their beliefs.

It was ridicule that backed the Seekers into a corner from which relief could come only by attempting to find other people who believed the same. Because the True Word followers weren't ridiculed, they were not pushed to the point where they felt no recourse but to proselytize. Herein lies the lesson for us.

Your loved one's next move may depend on the amount of ridicule they experience. It may be tempting to scoff at the group, but in the end it may be counterproductive. If we really want to shrink QAnon, or at least curb its outreach efforts and heal our families, we have to recall the differences in treatment given to followers of the failed prophecies of the past. That's not to say people who broke the law or engaged in other antisocial behavior shouldn't be held accountable, but history does have a way of repeating itself.

Jayson Dibble is an associate professor of communication at Hope College in Holland, Michigan.