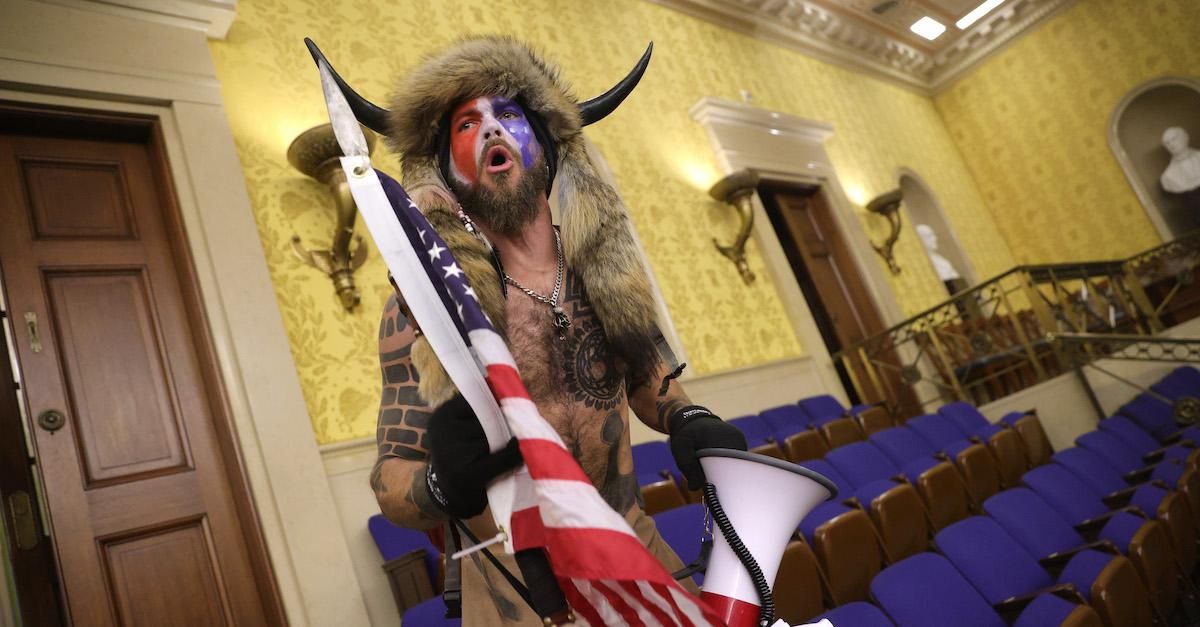 Jacob Chansley, the so-called "QAnon Shaman" who became famous for storming the United States Capitol building while wearing a fur hat and horns, could soon regret talking with NBC News during the January 6th MAGA riots.

As Law and Crime reports, Chansley has been trying to secure his release from prison ahead of his criminal trial by arguing that he does not represent a danger to the community.

In a recent court filing, attorney Al Watkins argued that the American flag-adorned spear that Chansley was carrying around during the Capitol riots was simply a flagpole with a decorative tip rather than a weapon.

However, prosecutors cited an interview that Chansley gave to NBC in which he openly stated his reason for going to the riot was to intimidate members of Congress.

"The fact that we had a bunch of our traitors in office hunker down, put on their gas masks and retreat into their underground bunker, I consider that a win!" Chansley boasted to the network.

Referencing Chansley's statement, prosecutors argued that the court "need look no further than the defendant's own words during and after the riot to determine that he is a danger to the community."

The prosecutors also cited footage of Chansley inside the Capitol building to demonstrate that he wanted to use violent threats to intimidate lawmakers.

"The defendant subsequently took that weapon in to the gallery the United States Senate chamber, driving it into the ground while screaming obscenities at the top of his lungs," prosecutors argue. "Not only were his actions terrifying, they were obstructing the normal functioning of the Government, as clearly no business could be conducted when a man with a spear shouting obscenities was in the Chamber.