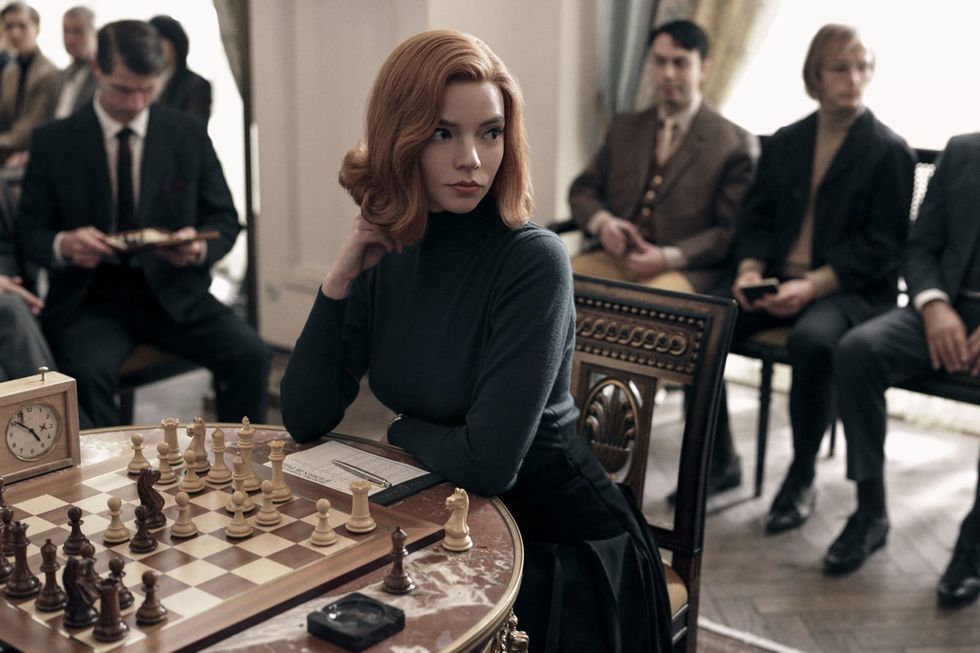 'The Queen's Gambit' effect: Chess is enjoying a moment - Actor Anya Taylor-Joy plays the main character in the Netflix series "The Queen's Gambit." The popular show, paired with the global pandemic, has spurred a renewed interest in chess. - Charlie Gray/Netflix/dpa

Chess is enjoying a moment. Between the pandemic keeping everyone at home and a popular new Netflix series, the nearly 1,500-year-old game is attracting players young and old.

"The longer the pandemic lasts, the more people want to occupy themselves elsewhere," says Achim Schmitt, president of the Rhineland-Palatinate Chess Federation, in south-west Germany.

And as luck would have it, chess, which can be played online without any contact, is a hobby that is essentially perfect for lockdown.

"Online chess is definitely being played much more than a year ago," says Ullrich Krause, president of the German Chess Federation.

When the coronavirus crisis hit, it helped that chess already has an established online following dating back 20 years. Krause says that it helps that chess, unlike other sports, can be played in several variations online. Online chess is almost exactly the same as its real-life equivalent, "even if you don't hold a piece in your hand."

The barrier to entry is also low: Just log in and play a match at your level. "It's great in chess that young and old can meet and play against each other on the same level," adds Krause.

For Schmitt, the pandemic has seen more clubs coming online with more offers for members. On platforms like Lichess, Chess.com or Chess24, fans of the game can join shorter or longer games and tournaments.

Among the players is 9-year-old Jim Seyler.

"Coronavirus has helped me a bit. I just had less to do," he says.

"The Queen's Gambit," a Netflix series in which the main character, Beth Harmon, learns chess as a girl in an orphanage and later tops the world rankings, has also attracted new fans, says Krause.

The seven-part show featuring Anya-Taylor Joy has been one of the streaming service's most successful miniseries, with as many as 62 million households watching it in the first 28 days since release.

Schmitt says that shorter games such as blitz chess, in which a game lasts between 12 and 15 minutes, are also particularly popular online and appeal to a lot of young people. "Also to relax," he adds.

According to Daily Esports, a gaming news site, chess is even becoming popular with people who aren't interested in playing: There's recently been a slew of new Twitch and YouTube accounts featuring the game that regularly see tens of thousands of viewers.

But while he appreciates the online boom, Schmitt sees chess played on the internet and in-person chess as part of two very different worlds. "When you're sitting opposite someone, you feel everything, observing gestures and facial expressions. You feel a crackle at the board," he says. This is different from sitting at a computer screen and seeing how a figure "moves as if by magic" around the board.

Krause hopes that the online boom will mean more chess players joining real-life clubs once they are allowed to open up again.

"I am currently very optimistic that this will happen," he says.

There are currently about 89,000 members in the 2,400 chess clubs across Germany. That is about 3,000 fewer than a year ago. In 2020, quite a few people left, also because the clubs had stopped playing.

Meanwhile, Schachfreunde Bitburg registered an increase in members. "We have 12 new young people as members," says club chairman Harald Enders. He is particularly pleased that there are girls among them.

"We only had one before," he says of the German chess club.

Jim, 9, is also one of the new members. "And he's really good," says Enders. He recently beat two people who play in the state league in a competition, he says. Jim especially loves the blitz varieties.

For his part, Jim says he dreams of one day becoming a grandmaster - and he's already looking forward to being able to play with the others in person at the chess club.