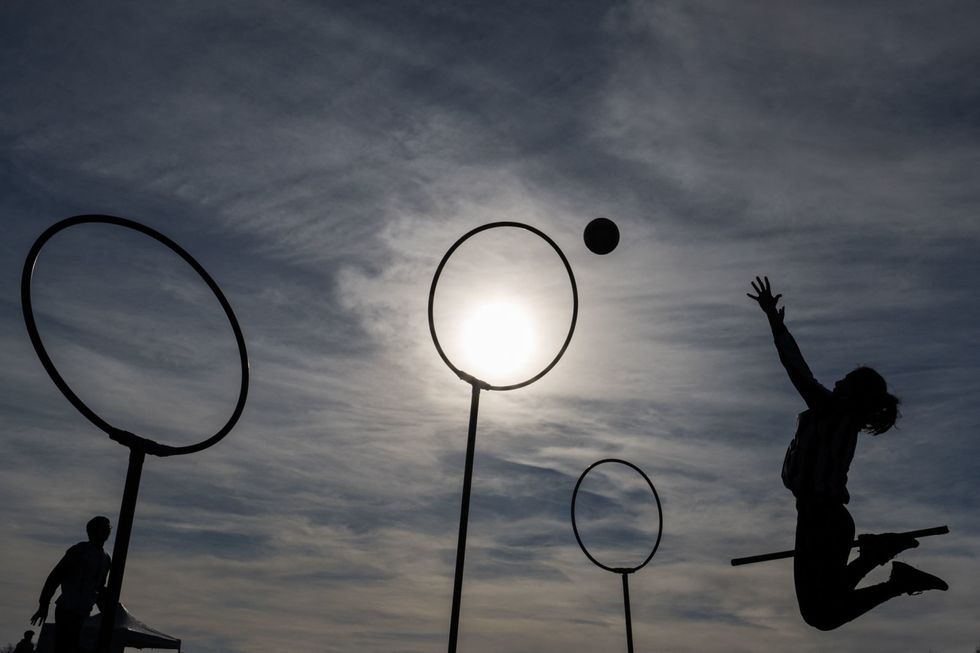 A woman plays quidditch, now renamed quadball, a sport inspired by the "Harry Potter" book series, in the sidelines of a French championships match, in Nantes, western France, on Feb. 12, 2022. - LOIC VENANCE/AFP/TNS

Quidditch, the real-life sport inspired by the game played by muggles, witches and wizards in the “Harry Potter” universe, has a new name: quadball. The sport’s governing bodies in the United States released Tuesday a joint statement announcing that they are rebranding as US Quadball and Major League Quadball. The International Quidditch Association, which governs the sport at the international level, is also planning to adopt the new name worldwide. The move comes in part as a way for players to distance themselves from “Harry Potter” author J.K. Rowling, who has consistently raised eyebrows ...