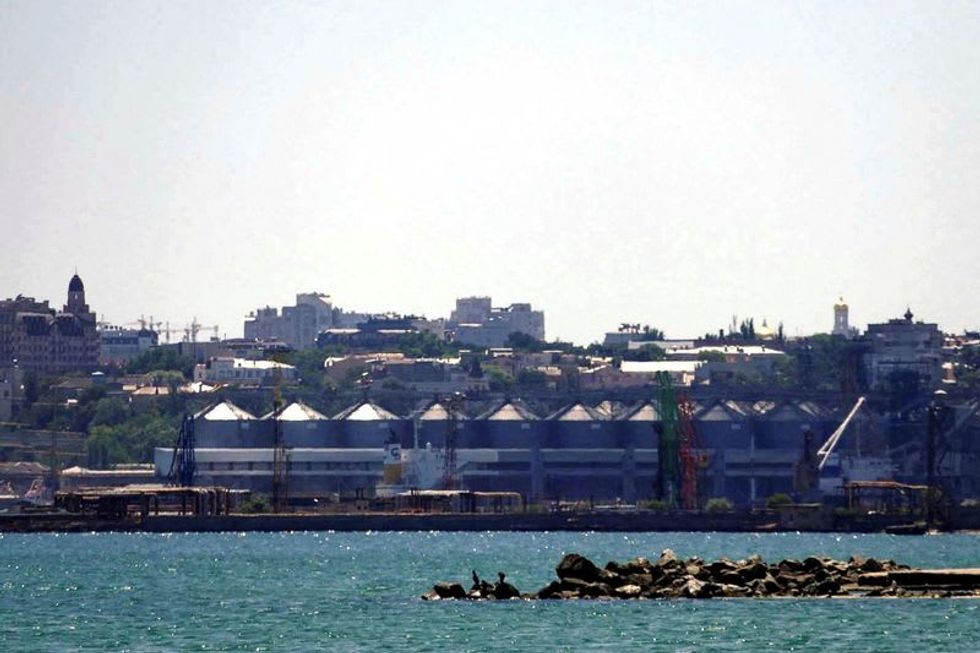 KYIV (Reuters) - A Russian strike on Ukraine's Odesa port reported by Ukraine on Saturday has threatened a deal to unblock grain exports and ease a global food crisis.

"The Secretary-General (Antonio Guterres) unequivocally condemns reported strikes today in the Ukrainian port of Odesa. Yesterday, all parties made clear commitments on the global stage to ensure the safe movement of Ukrainian grain and related products to global markets. These products are desperately needed to address the global food crisis and ease the suffering of millions of people in need around the globe."

"This proves only one thing: no matter what Russia says and promises, it will find ways not to implement it (the grain deal)."

A Russian defence ministry statement on Saturday outlining progress in the war did not mention any strike in Odesa. The ministry did not immediately reply to a Reuters request for comment.

However, Foreign Ministry spokeswoman Maria Zakharova reposted the U.N. condemnation and said: "It is awful that UN Secretary General Antonio Gutteres does not 'unequivocally' condemn also the Kyiv regime's killing of children in Donbas."

"They (Ukrainian officials) stated that one of the missile attacks hit one of the silos there, and the other one fell in an area close to the silo, but there was no problem in the loading capacity and capability of the docks, which is important, and that the activities there can continue.

"The Russians told us that they had absolutely nothing to do with this attack, and that they were examining the issue very closely and in detail. The fact that such an incident took place right after the agreement we made yesterday regarding the grain shipment really worried us."

"We continue technical preparations for the launch of exports of agricultural products from our ports."

"The cowardly missile attacks on the port of Odesa show that the Russian leadership's signature counts for little at the moment."

"Outrageous. Russia strikes the port city of Odesa less than 24 hours after signing an agreement to allow shipments of agricultural exports. The Kremlin continues to weaponize food. Russia must be held to account."

"Striking a target crucial for grain export a day after the signature of Istanbul agreements is particularly reprehensible and again demonstrates Russia's total disregard for international law and commitments."

"Russia deliberately dealt a demonstrative and humiliating blow to the reputations of Turkey and the UN."

"The Russian missile is Vladimir Putin's spit in the face of UN Secretary General Antonio Guterres and Turkish President Recep Erdogan, who went to great lengths to reach an agreement and to whom Ukraine is grateful."

"The Russians are systematically creating a food crisis, doing everything to make people suffer. Famine terror continues. The world must act. The best food safety guarantees are twofold: effective sanctions against Russia and more weapons for Ukraine."