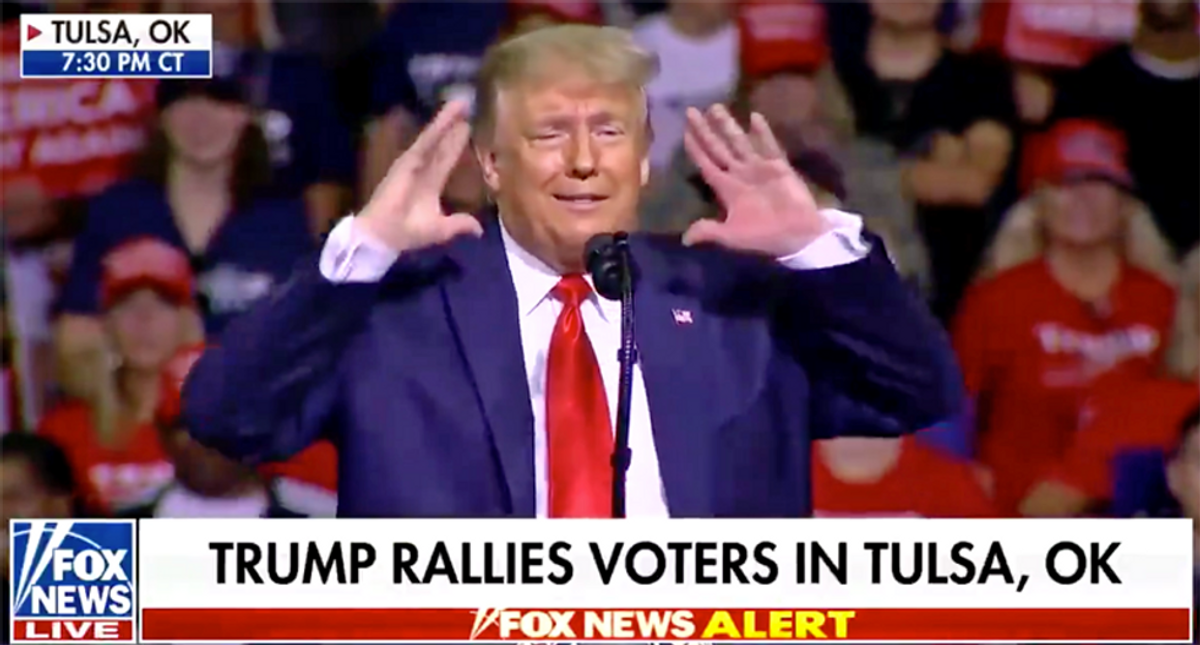 Conservative Washington Post columnist Henry Olsen threw down the gauntlet at former President Donald Trump on Wednesday, and he argued that Republicans need to realize that the former president has been flat-out lying to their voters about widespread election fraud.

In particular, Olsen took issue with Trump's claim that the California recall election must have been "rigged" because mail-in ballots are supposedly rife with fraud.

In reality, Olsen shows, the voting patterns seen in past elections are entirely consistent with the results of the recall vote.

"Newsom's best performance in his 2018 victory took place in seven Bay Area and coastal counties plus Los Angeles," he writes. "The data so far show those seven northern California counties were also his best seven counties in the recall, and Los Angeles was his 10th best."

Conversely, writes Olsen, "Newsom's five worst counties in 2018, all in the rural north, were also his five worst in the recall," which makes it highly unlikely that some mass fraud took place.

Olsen then praised California GOP candidate Larry Elder for conceding what was an obvious defeat on Tuesday night, despite the fact that he had threatened to pull a Trump and contest the results of the recall in court.

The message for Republicans, Olsen concludes, is that they need to stop indulging Trump's lies about being cheated out of the 2020 election.

"Republicans can and will win elsewhere," he writes. "They should get on with that job and stop repeating Trump's calamitous lies."