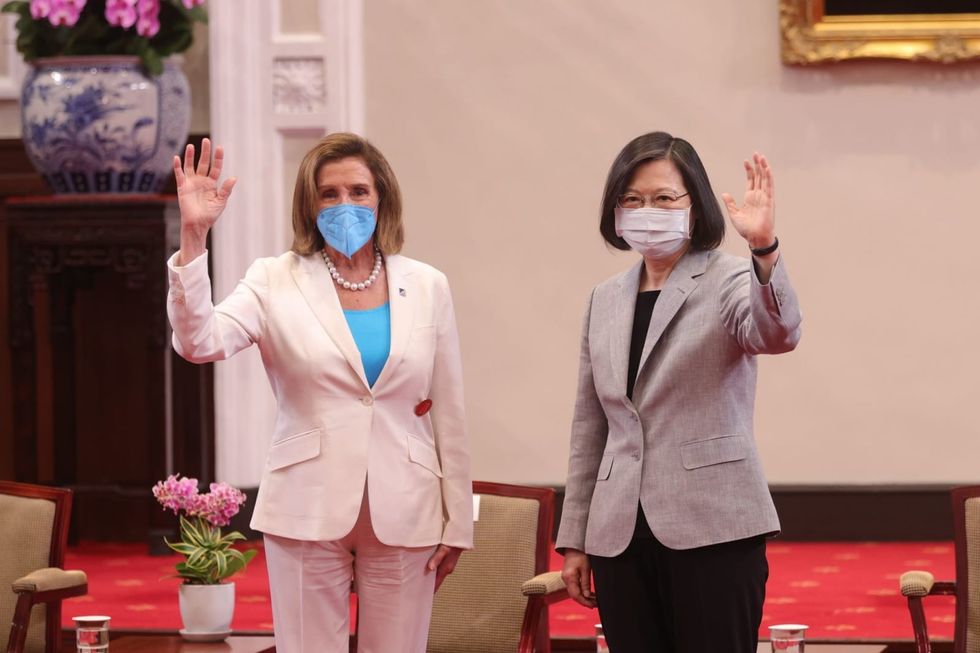 UUS House Speaker Nancy Pelosi (L) and Taiwan's President Tsai Ing-wen (R) wave during a press conference following their meeting at the Presidential Palace in Taipei City. Pelosi arrived in Taiwan on Tuesday despite stern warnings from Beijing, making her the highest-level US official to visit the island in 25 years. -/Taiwan Presidential Palace Via ZUMA Press Wire/dpa

Speaker of the US House of Representatives Nancy Pelosi's flight from Malaysia to Taiwan, accompanied by Chinese threats, has set a record for the flight observation service Flightradar24.

More than 708,000 people watched the landing of flight SPAR19 in Taipei on Tuesday evening in real time, more than any other flight before, the Swedish internet service announced in the early hours of Wednesday.

A total of 2.92 million people followed at least part of the flight on its seven-hour route from Kuala Lumpur to Taipei, according to the service.

According to the service's data, Pelosi's flight avoided the direct route over the South China Sea. Instead, the aircraft first flew east over Indonesia and then north past the Philippines.

The route of the flight could be followed in real time on a map on the website of the internet service. The huge rush had temporarily caused difficulties for the site's infrastructure, Flightradar24 announced further.

The 82-year-old US politician had left open until the last minute whether she would also visit the democratic island republic of Taiwan off the coast of China between visits to Malaysia and South Korea.

China had threatened countermeasures and held out the prospect of military action. Shortly before Pelosi's arrival, Chinese fighter jets flew over the Taiwan Strait sea lane.

Beijing regards Taiwan as part of the People's Republic and strictly rejects official contacts between other countries and Taipei.