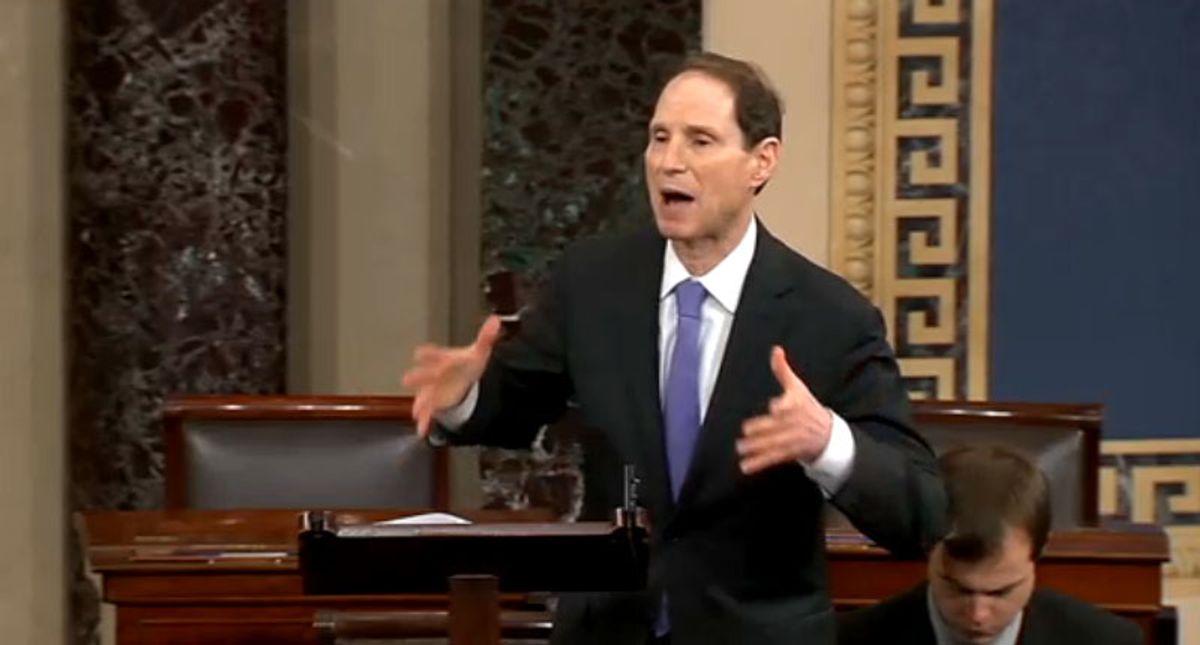 Sen. Bernie Sanders took to Twitter Saturday night to call out Democrats in Congress who are considering a proposal to exclude millions of Americans from receiving $1,400 Covid-19 relief checks with narrower eligibility restrictions than the previous coronavirus pandemic packages passed under former President Donald Trump.

As the new chair of the Senate Budget Committee, Sanders (I-Vt.) is playing a key role in congressional Democrats' efforts to enact President Joe Biden's $1.9 trillion American Rescue Plan. Amid reporting this week about lawmakers potentially further restricting direct relief, Sanders has repeatedly and forcefully spoken out against that.

"Unbelievable," Sanders tweeted Saturday. "There are some Dems who want to lower the income eligibility for direct payments from $75,000 to $50,000 for individuals, and $150,000 to $100,000 for couples. In other words, working-class people who got checks from Trump would not get them from Biden. Brilliant!"

Rep. Alexandria Ocasio-Cortez (D-N.Y.) concurred, declaring that "it would be outrageous if we ran on giving more relief and ended up doing the opposite."

"In conclusion," Ocasio-Cortez added, "$50k is wack and we shouldn't do wack things."

Other lawmakers have also slammed lowering the income eligibility this week.

Sen. Ron Wyden (D-Ore.), the new chair of the Senate Finance Committee, told the Washington Post's Jeff Stein, "I understand the desire to ensure those most in need receive checks, but families who received the first two checks will be counting on a third check to pay the bills."

Stein had reported Tuesday that "the White House is open to narrowing eligibility for the next round of stimulus payments but not lowering those payments below $1,400 per person."

In a preview of an interview with CBS's Norah O'Donnell set to air Sunday night, Biden said that he is set on $1,400 checks but "prepared to negotiate" on who receives them.

"But here's the deal: middle-class folks need help," the president added. "It's somewhere between an individual making up to $75,000 and phasing out, and a couple making up to $150,000 and then phasing out, but again, I'm wide open on what that is."

CBS News reported Sunday on how economic conditions are fueling demands for relief:

Many Democrats are arguing for a large stimulus package, pointing to renewed economic distress in recent months as the pandemic worsens. The January jobs report indicated subdued hiring, with employers adding a modest 49,000 jobs. White-collar services [led] the gains as lower-paid service jobs continued to suffer.
"It may look good, but it ain't," wrote Oxford Economics economist Lydia Boussour in a February 5 research note. "The labor market recovery remained stuck in a rut in January as the pandemic's winter surge weighed on hiring."
The labor market isn't likely to return to pre-pandemic levels until 2024, according to a February 1 report from the Congressional Budget Office. The U.S. economy shrank 3.5% last year, its largest annual decline in 74 years, government data shows.


Both chambers of Congress—which are controlled by Democrats—have now passed a budget resolution laying the groundwork for enacting a $1.9 trillion pandemic relief package. Vice President Kamala Harris cast the tie-breaking vote in the Senate early Friday, after an overnight "vote-a-rama" on amendments. The House, which had passed a previous resolution, approved the amended version later Friday.