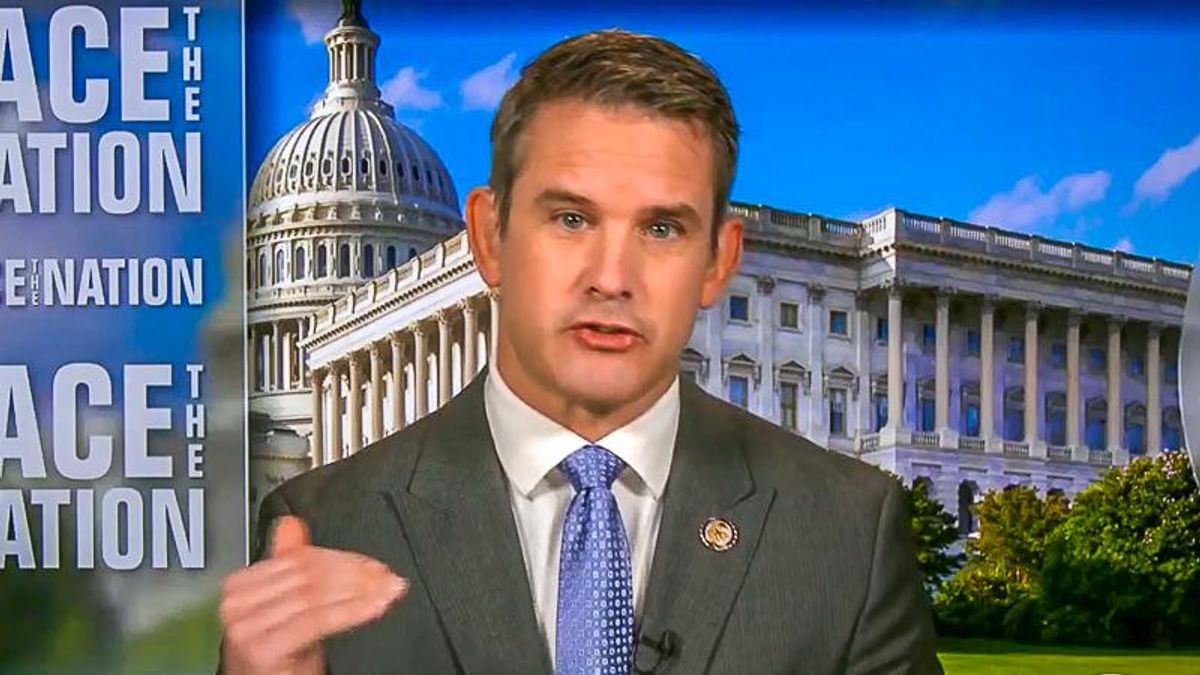 The Illinois Republican took aim at the GOP minority leader hours before the Republican conference votes to remove Rep. Liz Cheney (R-WY) as its chairwoman because she refuses to endorse former president Donald Trump's lies about his election loss.

"Truth and lies cannot Co-exist," Kinzinger tweeted. "On January 6th, Liz and Kevin McCarthy [gave] just about the same speech, rightly casting blame at the former President for the violence."

"But Kevin wants to be speaker," he added. "He made the determination that if he appeased the Trump crowd, he could raise money and take the credit, when he was up for speaker. So he changed his tune and made the trek to Mar-A-Lago, in essence reviving the former Guy."

Kinzinger warned McCarthy that his personal gamble may not pay off, and blasted the ultra-conservative Freedom Caucus as "legislative terrorists."

"He also (wrongly) assumes that people like me will vote for him for speaker, but the legislative terrorists in the freedom club wouldn't, so he needs to be all in with them," Kinzinger tweeted. "It's the cynical play that gives politicians the reputation we have. Anyway, he revived Trump and the panic spread through our conference, and Kevin made the decision for the party that trump and not Kevin or Mitch [McConnell], would lead us. Despite Trump being a loser and a choke artist as evident by our loss of all leg branches and presidency."

Kinzinger ripped the minority leader for propping up Trump's lies, and warned that history would not be kind to McCarthy or his fellow Republicans.

"As a Christian, I have read the words of Christ many times," Kinzinger tweeted. "Nowhere have I seen him say or imply that it's ok to lie, so long as you own the Libs. I believe our open lies are an absolute abdication of our duty, and it is shameful. So Liz may lose, and MAGA-lago may celebrate. But I predict that the history books of the future will not celebrate. They will say this was the low point of the Republican Party. The loser former guy, who has thin skin and snowflake like personality will solidify his momentary leadership, and we will solidify our position as a once honorable party that was marred by lies."

"My hope is that America awakens to recognize there are many that feel left behind that trump manipulates, but to help them we need to stop reflecting their fears back at them, listen to them, and have solutions," he added. "I hope we wake up, admit it was us that caused Jan 6th, and use this to change course. I hope."