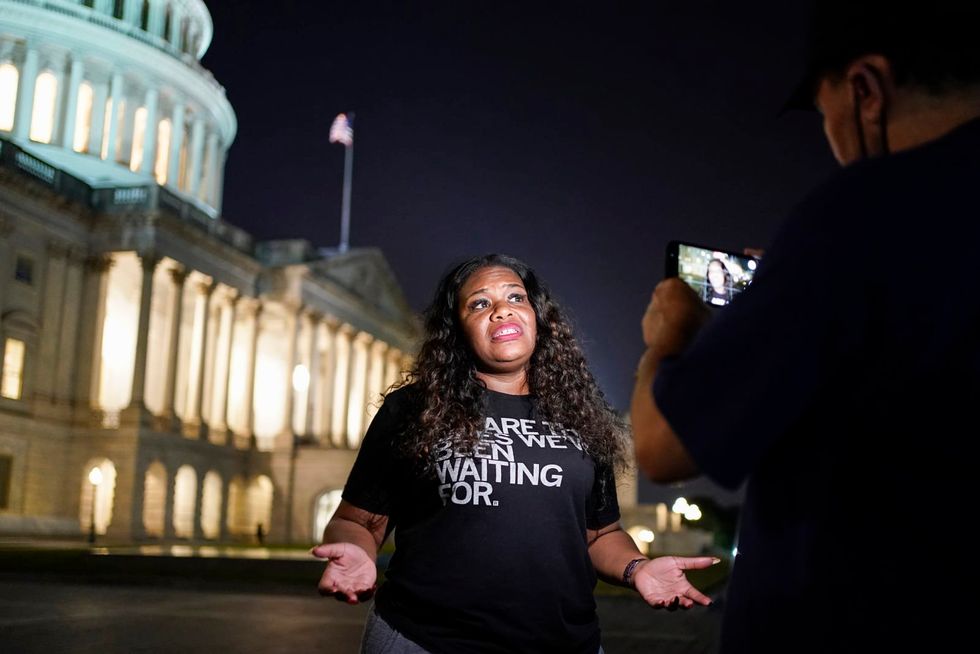 Cori Bush, D- Mo., speaks with supporters as she spends the night outside the U.S. Capitol to call for an extension of the federal eviction moratorium on July 31, 2021, in Washington, D.C.. - Joshua Roberts/Getty Images North America/TNS

JEFFERSON CITY, Mo. — U.S. Rep. Cori Bush said in a tweet on Monday that white supremacists hid behind a hill and shot at protesters in Ferguson following the 2014 police killing of Michael Brown Jr. there. Reaction to the statement on the social media site was swift and angry, with many accusing the congresswoman of lying. Asked for more information about incidents of white supremacists shooting at protesters, a spokesperson for the Bush campaign issued this statement Monday night: "While on the frontlines of the Ferguson Uprising, Congresswoman Bush and other activists were shot at by white ...