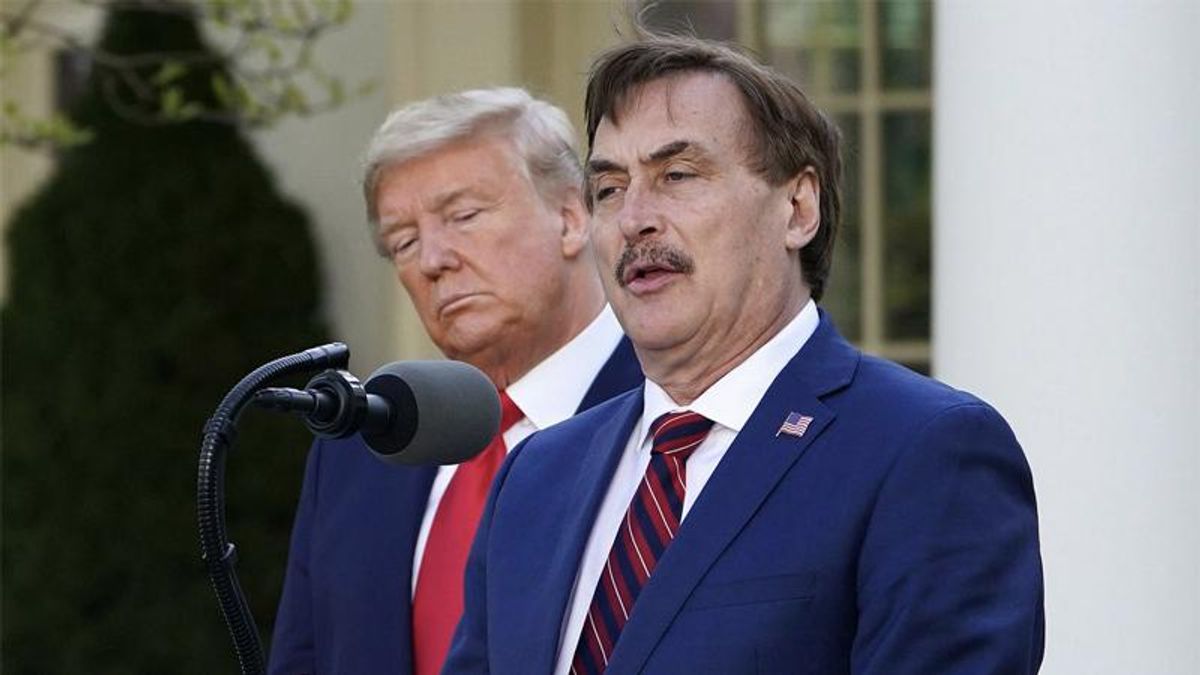 In a column for MSNBC, attorney Teri Kanefield explained that the Republican Party's ongoing allegiance to Donald Trump has put them in the position of being held hostage to the motley assortment of people who still have his ear and fill it full of conspiracy theories that they, in turn, are then forced to defend.

With virtually every pundit agreeing that the former president is still calling the shots for the Republican Party -- despite losing control of the House and the Senate during his four years in office -- Kanefield suggested that the GOP is not in control of their destiny and have no idea what they may have to answer for in the future.

Case in point, she notes, is Trump's latest assertion that he will be reinstated to the presidency in August that has pushed by MyPillow CEO Mike Lindell and former Trump attorney Sydney Powell.

"Sources also told The Daily Beast that Trump has started quizzing confidants about a potential return to power in August. These sources said they decided not to tell the former president what they were thinking — which was that his reinstatement was not going to happen," the columnist wrote. "The anecdote says a lot about the people who still have Trump's ear — and the continuing inability of Republicans to push back against even the most ludicrous conspiracy theories. As the GOP looks ahead to 2024, such cowardice should be cause for serious concern among party leaders. On the other hand, they may not care."

According to Kanefield, with Republicans embracing and having to defend every word that comes out of Trump's mouth, more Republicans not willing to toe the line will be forced out as the GOP becomes a party that is unwilling to deal with reality.

"After the Jan. 6 insurrection, moderate Republicans started to walk away from the party. Even some conservatives who stuck with Trump all through his presidency couldn't stomach the insurrection," she wrote, before adding that the "reinstatement " fixation by Trump will force some Republican lawmakers and voters to reassess the future of the party.

"Such an embrace of insanity creates a cycle in which the Republican Party sheds itself of nonbelievers, finds ways to keep the true believers angry and engaged and unhinges itself even more thoroughly from reality and becomes, arguably, increasingly dangerous" she explained before warning, "The result is that conspiracy theorists like Mike Lindell have somehow become influential, despite their very clear record of belligerent gibberish. And Trump, as he has been for five-plus years now, remains at the center of the Republican Party as it veers deeper into a made-up reality."