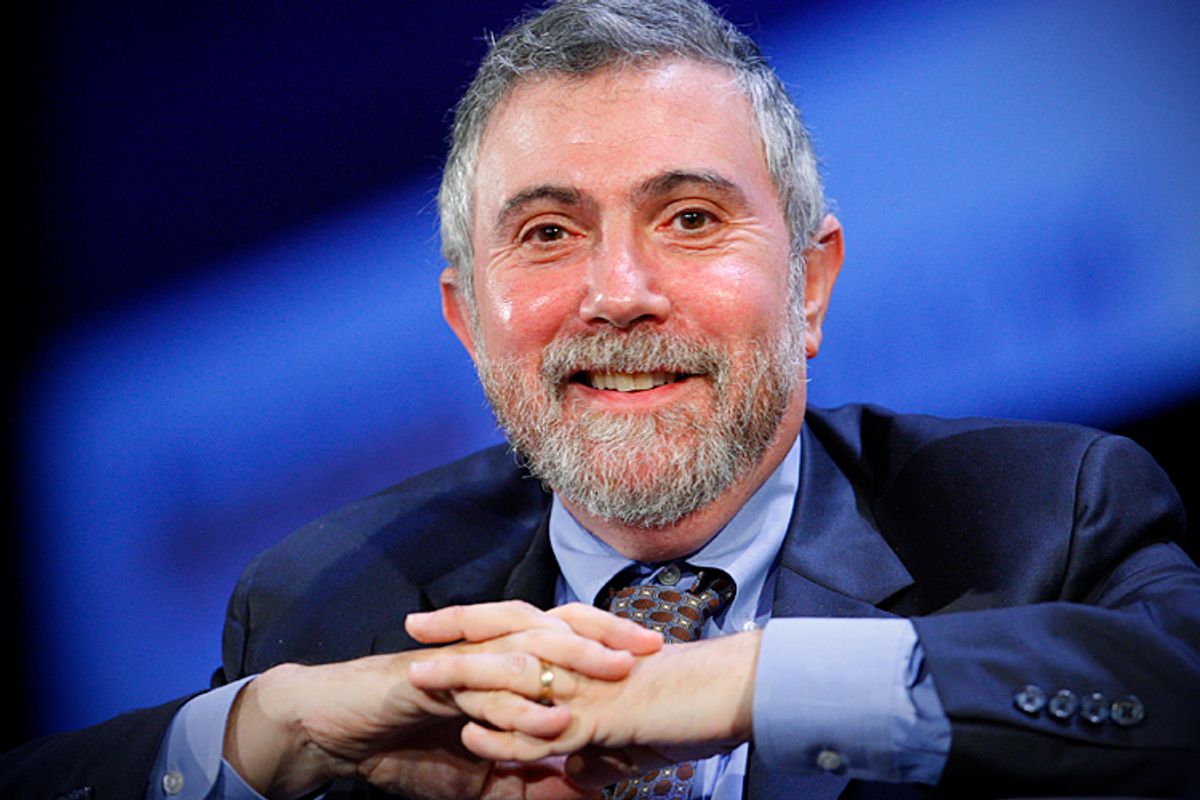 Trumpian Republicans often rail against "elites" — especially "coastal elites" — and big tech is one of their favorite targets. But liberal economist and New York Times columnist Paul Krugman is not swayed by their rhetoric. This week in his column, Krugman argues that Republicans in 2021 are still committed to anti-working class policies and make that painfully clear with their actions.

Krugman notes that the American Rescue Plan Act — a $1.9 trillion COVID-19 relief and stimulus bill that President Joe Biden recently signed into law — didn't receive "a single Republican vote in Congress." And he doubts that other legislation that helps average Americans will either.

The economist notes that although Republicans have "managed to win elections by playing to the cultural grievances and racial hostility of working-class Whites," the GOP never abandons its "pro-rich priorities."

Krugman notes that when President George W. Bush was reelected in 2004, he appealed to some working-class Whites by campaigning against same-sex marriage — and later showed how anti-working class he was by wanting to privatize Social Security. But since then, Krugman explains, the old GOP establishment has been sidelined by Trumpism.

"Billionaires may have started the Republican Party on its march toward extremism, but they've clearly lost control of the forces they conjured up," Krugman explains. "The GOP can no longer put intolerance back in the closet after each election so as to focus on the real business of tax cuts and deregulation. Instead, the extremists are in charge. Despite a lost election and a violent insurrection, what's left of the old Republican establishment has abased itself on the altar of Trumpism."

Krugman adds that although Trump, in 2016, promised "not to cut social benefits," his "tax cut and his failed attempt to repeal Obamacare were right out of the standard conservative playbook." And similarly, Krugman writes, Sen. Josh Hawley of Missouri has said that Republicans need to be "a working-class party, not a Wall Street party" — although Republicans in his state's legislature "just blocked funding for an expansion in Medicaid that would cost the state very little and has already been approved by a majority of voters."

Krugman wraps up his column by stressing that when it comes to economic policy, the most important thing is not what Republicans say, but what they do.

"I suspect that the absence of true populism on the right has a lot to do with the closing of the right-wing mind," Krugman writes. "The conservative establishment may have lost power, but its apparatchiks are still the only people in the GOP who know anything about policy. And big money may still buy influence even in a party whose energy comes mainly from intolerance and hate."