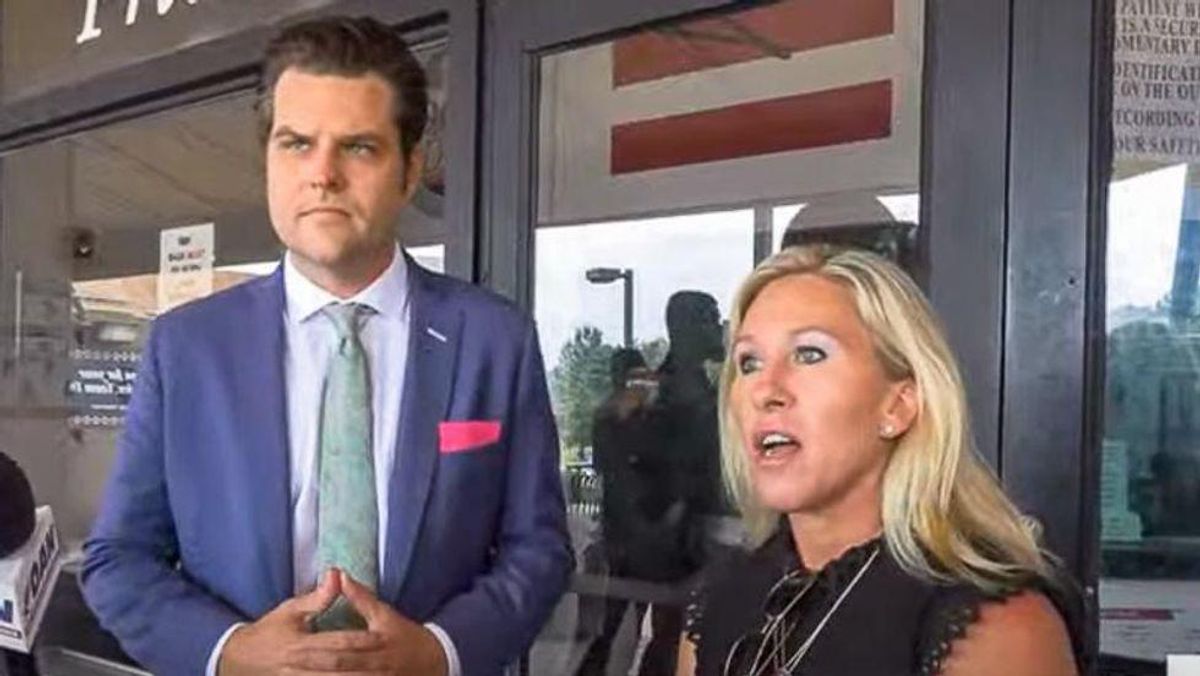 That strategy has been undermined by the Delta variant that is filling hospital beds in GOP states. But that was the message from Jeanine Pirro on Saturday night.

Aktins doesn't think it will work.

"But there is reason to believe this strategy may be not only sociopathic but also too clever by half. Most Americans have now been vaccinated, and it is abundantly clear that the Delta variant is primarily a plague of the unvaccinated. The unvaccinated least capable of persuasion are primarily base Republicans, and partisanship is one of the single strongest predictors of vaccination status," he noted. "And vaccinated Americans are getting fed up with being put at risk and potentially forced into further restrictive measures by the politically hostile and belligerently unvaccinated."

Atkins suggested that was reflected in new polling showing that vaccine mandates and passports are "extremely popular."

"If around 70% of Americans become vaccinated, partisanship becomes inextricably linked with vaccination status, and 65-70% of Americans who actively want to see vaccine mandates and passports implemented are either sickened by an endemic Delta variant or forced by circumstance to limit their enjoyment of life because of a toxic pro-virus movement primarily associated with the Republican Party, that could lead to serious electoral consequences," Atkins warned.

"If COVID does end up felling over one million Americans, conservatives can try to place the blame on Biden and Democrats–but it's not at all clear that voters will buy that when the variant is doing the most devastation among belligerently unvaccinated Republicans in red areas. And unlike many other issues that favor Democrats electorally, this one is deeply personal and rage-inducing for the vaccinated," he explained.

Noting the conventional wisdom that Republicans are favored in the 2022 midterms, Atkins argued that the pandemic may break with historical precedent.

"It is difficult to see how Republicans will succeed if they are associated with a white evangelical anti-vax movement putting 70% of Americans directly into harm's way. Whatever advantage they seek from sabotaging the Biden administration's public health and economic response may wind up costing them more than they gain–not only in real human lives, but in seats in Congress as well," he wrote.

Republican vaccine politics might cost them the midterms. Vaccine mandates are popular with 2/3 of Americans, and v… https://t.co/xopQgGtGZ8
— David Atkins (@David Atkins) 1627774255.0