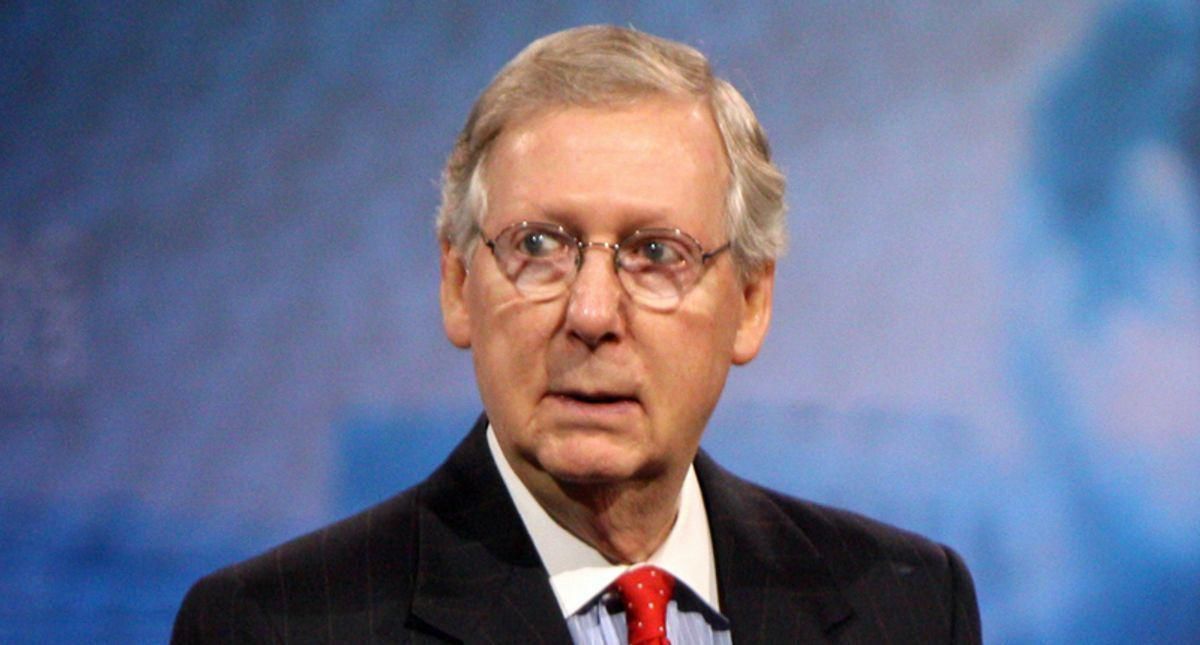 On Thursday, writing for The Bulwark, former Jeb Bush campaign official and Republican Voters Against Trump founder Tim Miller tore into the GOP for trying to threaten corporations for making political decisions against them, suggesting that they have essentially "turned on the free market."

"Corporate America has had enough of the GOP trying to make it harder to vote so they're taking s— into their own hands," wrote Miller. "Now, Mitch McConnell's taking aim at the Fortune 500: 'My warning, if you will, to corporate America is to stay out of politics.' Hey, Bernie. That you? Nope. That's the supposedly free-market Mitch McConnell, threatening private companies with retaliation from the government for weighing in on politics."

"I tweeted about this Freaky-Friday free market switcheroo and Republican Sen. Josh Hawley tried to dunk on me with this," wrote Miller. "'Let me explain this to you. Corporate liberals are woke capitalists. The corporatists love critical race theory and all the other warmed-over Marxist garbage.' What in the f— are you talking about, bro? The Democrats are woke capitalists and Marxist socialists? Do you even Das Kapital?"

The rift between the GOP and corporate interests, something that accelerated under Trump, is only getting more pronounced now, wrote Miller.

"Weren't the Republicans the pro-business, 'job creators' party just like two minutes ago?" wrote Miller. "Well, conservatives are right. The corporations are turning against them in the culture war. First, you had the gay pride floats brought to you by Verizon. Then just about every company started backing Black Lives Matter. Then, when Trump sicked a mob on the Capitol to stay in power, well, companies didn't think domestic terrorism was good for business — and it's hard to blame them. Businesses are going to look out for their employees and their customers and their own self-interest."