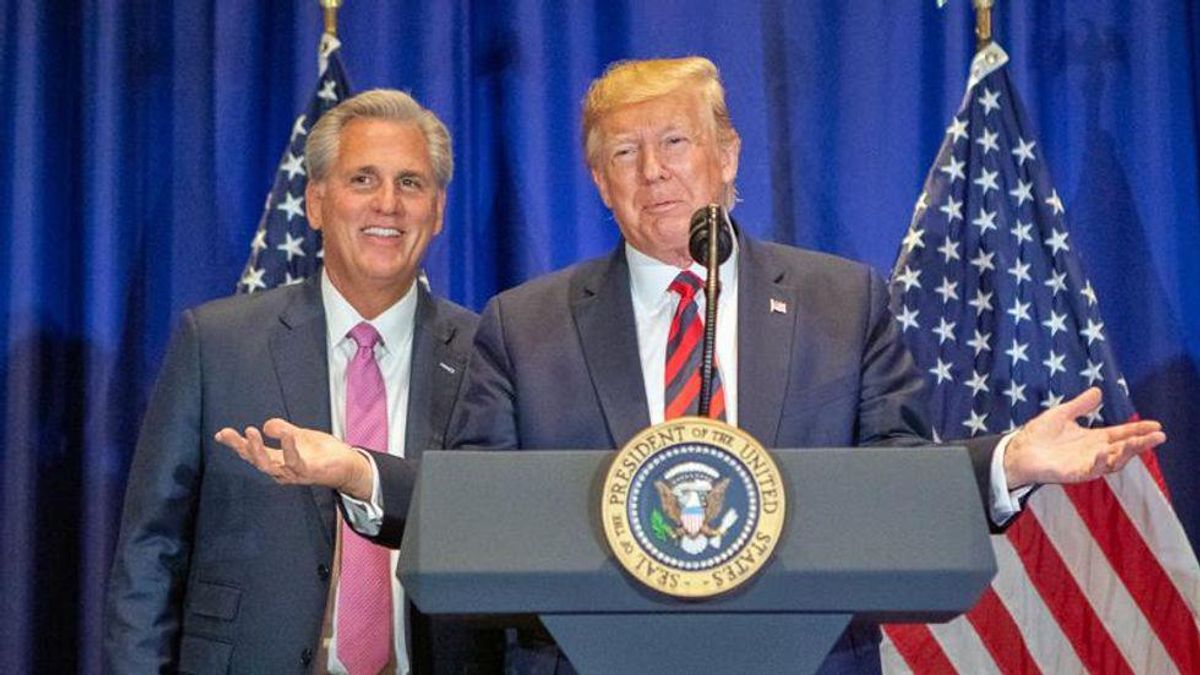 Republicans made a mockery of a hearing on the insurrection.

"A House Oversight and Reform Committee hearing on the riot on Wednesday underlined the Republican strategy. Representative Andy Biggs of Arizona, the chairman of the right-wing House Freedom Caucus, used his time to show video of mob violence purportedly by antifa that had unfolded 2,800 miles away in Portland, Ore," the newspaper explained. "His fellow Freedom Caucus member, Representative Ralph Norman of South Carolina, used his turn to question whether rioters involved in the Capitol attack had actually been Trump supporters — despite their Trump shirts, hats and flags, "Make America Great Again" paraphernalia, and pro-Trump chants and social media posts.

There has been a stark change among Republicans in the months since the insurrection.

"Immediately after the attack, many Republicans joined Democrats in condemning the violent takeover of the building known as the citadel of American democracy. But in the weeks that followed, Mr. Trump, abetted by right-wing news outlets and a few members of Congress, pushed the fiction that it had been carried out by antifa and Black Lives Matter, a claim that the federal authorities have repeatedly debunked. Now, a much broader group of Republican lawmakers have settled on a more subtle effort to cloud and distort what happened," The Times reported. "The approach has hampered the creation of an independent commission, modeled after the one that delved into the Sept. 11, 2001, attacks, to look into the Capitol riot, its roots and the government's response. Ms. Pelosi said discussions had stalled given Republicans' insistence on including unrelated groups and events, and that Democrats might be forced to undertake their own inquiry through existing House committees if the G.O.P. would not drop the demand."