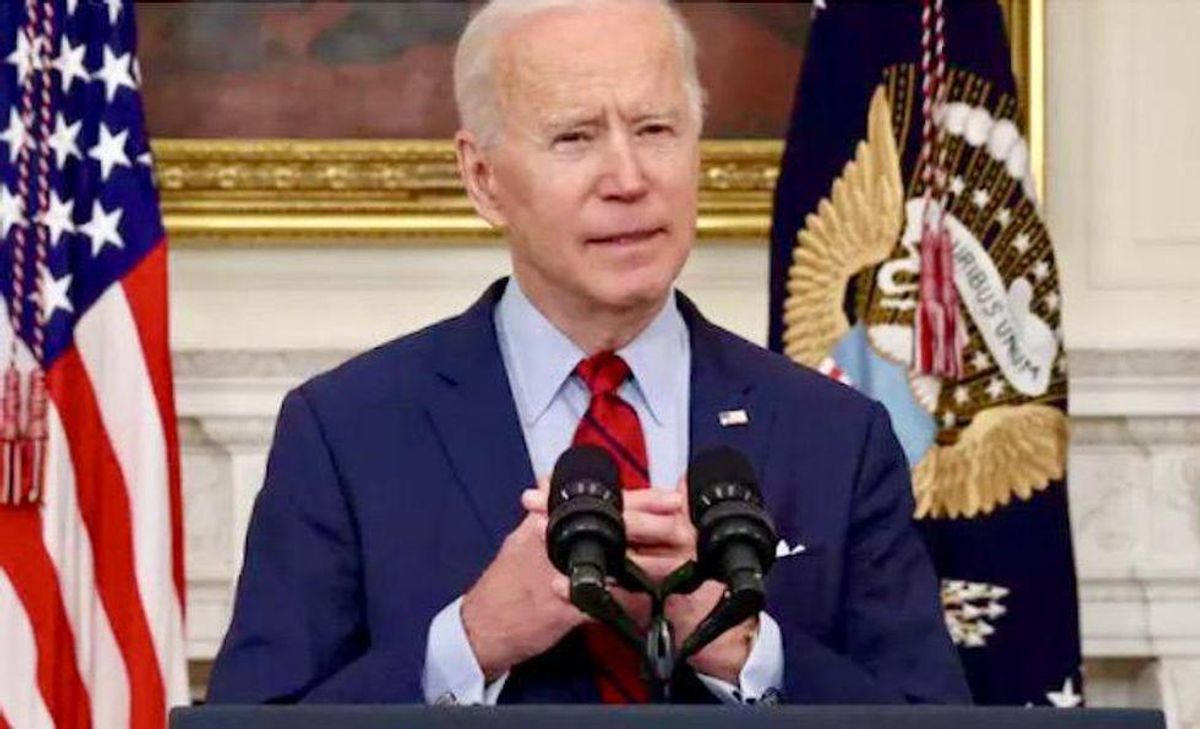 Republican lawmakers have rejected a new White House infrastructure proposal that lowers the overall price tag in a bid to gain the opposition party's support, potentially raising the likelihood President Joe Biden's Democrats pass the measure on their own.

The White House on Friday had proposed reducing the cost of the $2.3 trillion American Jobs Plan to $1.7 trillion by having other bills cover some of the projects it would pay for and cutting out some spending altogether, but a key Republican lawmaker said she still wouldn't support it.

"There continue to be vast differences between the White House and Senate Republicans when it comes to the definition of infrastructure, the magnitude of proposed spending and how to pay for it," said a spokeswoman for Shelley Moore Capito, who is part of a group of Republican senators negotiating with the Biden administration over the proposal.

"Based on today's meeting, the groups seem further apart after two meetings with White House staff than they were after one meeting with President Biden. Senate Republicans will further review the details in today's counteroffer and continue to engage in conversations with the administration."

Biden had in March proposed the measure that would direct money towards fixing roads and bridges as well as expanding services like broadband internet and increasing climate change resiliency across the United States.

But with his Democratic Party controlling Congress by a small margin, he is under pressure to find Republican support for the bill, and on Friday Press Secretary Jen Psaki said he would cut its cost down by $500 billion "in the spirit of finding common ground."

"This proposal exhibits a willingness to come down in size, giving on some areas that are important to the president... while staying firm in areas that are most vital to rebuilding our infrastructure and industries of the future, making our country more competitive with China," she told reporters.

The Republican rejection increase the chances that Democrats will attempt to pass the measure through a parliamentary procedure that could see it clear the Senate without opposition votes, which the party's leader in the chamber has hinted they could do.

There were also signs the party's progressive wing would not support a scaled-down bill.

"A smaller infrastructure package means fewer jobs, less justice, less climate action, and less investment in America's future," Democratic Senator Ed Markey tweeted after the White House detailed the proposal. "This is not the time for half-measures, half-spending or foot-dragging. Now is the time to go big, to go bold, and to go fast."

The infrastructure plan is among two major spending bills Biden is pushing, along with his $1.8 trillion American Families Plan aimed at expanding education and social protections.

After taking office in January, Biden won passage of a $1.9 trillion measure intended to help the world's largest economy recover from the Covid-19 downturn, a measure paid for by deficit spending.

The president is under pressure to find ways to offset the costs of the new spending plans.

He has proposed ending tax cuts and loopholes benefiting small businesses to pay for the American Families Plan, while hiking the corporate tax rate to pay for the infrastructure proposal.

In detailing the new counter proposal, Psaki said the White House rejected ideas from Republicans to increase gas taxes or impose user fees instead of raising taxes on corporations.

Biden "believes that the extraordinarily wealthy companies... many of whom have not paid taxes in recent years, can afford a modest increase to pay for middle class jobs," Psaki said.

However the overall price tag could be lowered by shifting money in the original plan intended to pay for research, supply chains, manufacturing and small businesses to other bills, while funds for roads and bridges, as well as broadband, would be slashed.

Spending on improved rail transportation would stay, "especially considering China's level of investment in such projects," Psaki said, while money for the removal of lead pipes and projects to bolster the country against climate change would also remain.