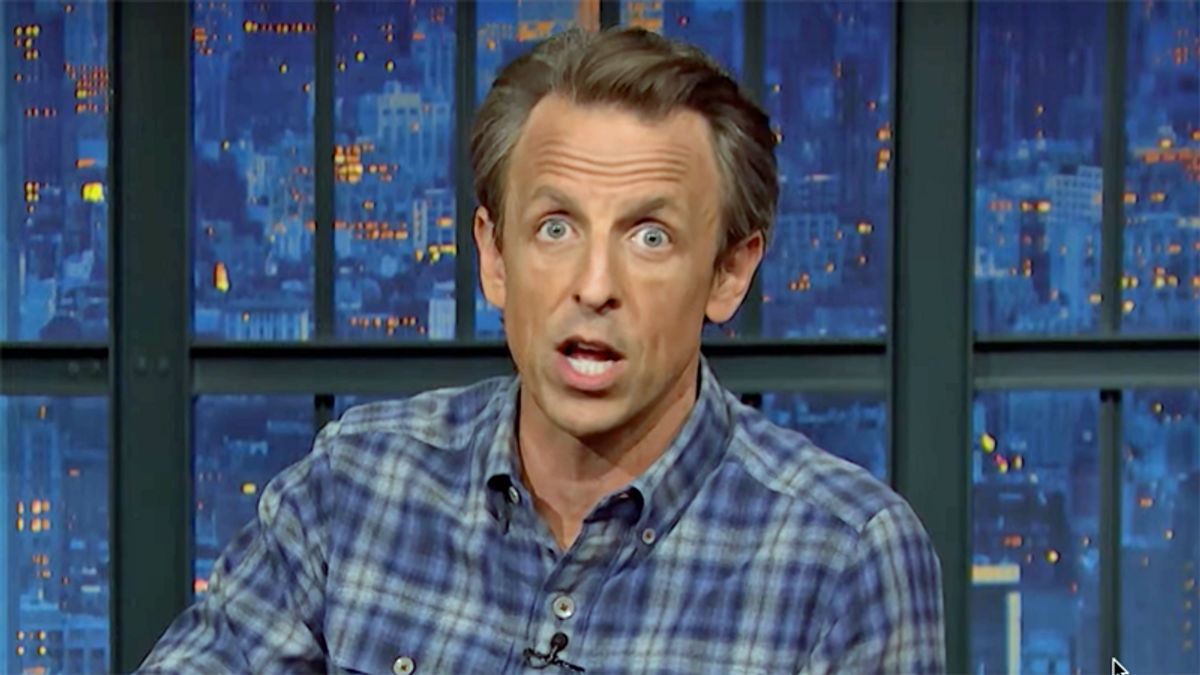 The host of "Late Night with Seth Meyers" took a closer look on Monday at how the GOP refuses to move on from Donald Trump.

"The Republican Party has decided that its path back to power is complete and total fealty to Donald Trump and they're purging anyone who refuses to repeat his lies about the 2020 election -- no matter how destructive it is for the country," Meyers said.

"It is exceedingly rare in the history of this country for a political party to stay so closely tied to an ex-president, let alone one that who is as deeply unpopular as Donald Trump," he said. "And let's remember, the GOP didn't just lose, they got wiped out. They lost the presidency and both house of Congress, Trump never once cracked 50% job approval and never won the popular vote. Meanwhile, President Biden is riding high with a 63% approval rating in a new poll out today."

"The GOP is treating Trump like a good luck charm even after he brought them terrible luck. If the first time Dumbo tried to fly, he plummeted to the ground and broke all four legs and both ears, he would've let go of the feather," he said.

He went on to remind his audience of the January 6th insurrection by supporters of Trump seeking to overturn the election results.

"Any sane political party would move on from a president who is both deeply unpopular, lost by a wide margin, and on top of everything else left nothing but misery and destruction in his wake and yet Republicans are not moving on. They're doubling down, they're as committed to Trump as ever and now they don't care much about how they have to lie or debase themselves to prove their loyalty to him," Meyers concluded.