Residents of New Mexico town prepare to evacuate amid wildfire 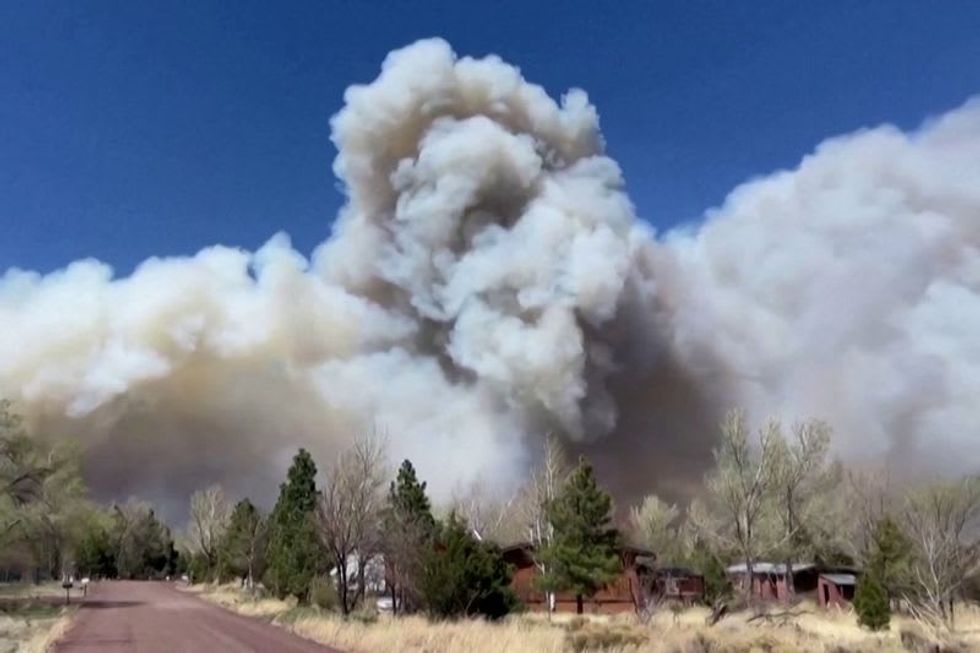 TAOS, N.M. (Reuters) - Thousands of residents of a historic Old West town in New Mexico were told to prepare for possible evacuation on Sunday as fierce winds drove the largest active U.S. wildfire through drought-parched forests.

Residents in the west of Las Vegas, New Mexico packed bags and kept family members close after the fire burned within 5 miles (8 km) of their homes near interstate highway 25, according to local officials and fire authorities.

Crews bulldozed firebreaks north of the city of 14,000 to protect ranches, rural houses and the United World College in the village of Montezuma.

The Calf Canyon fire has so far burned 104,000 acres (42,100 hectares), an area nearly the size of Albuquerque, and is the largest of a dozen Southwest blazes that scientists have said are more widespread and arriving earlier this year due to climate change.

Asked if the entire city would be told to evacuate, Romero said that could happen on Monday when winds are expected to shift and blow into the east.

About 20 miles (32 km) north, crews fought to stop the fire from jumping out of forests into valley communities such as Ledoux and Mora that date back to Spanish colonial times.

Burning since April 6 around 30 miles (48 km) east of Santa Fe, the fire has destroyed more than 300 properties and forced the evacuation of dozens of villages and settlements in the Sangre de Cristo Mountains.

U.S. wildfires have burned more than twice as much land this year as in the same period of 2021, and about 70% more than the 10-year average, according to the National Interagency Fire Center.

(The story corrects second paragraph to say "in the west of Las Vegas" instead of east.)

(Reporting by Andrew Hay in Taos, New Mexico; Editing by Will Dunham)