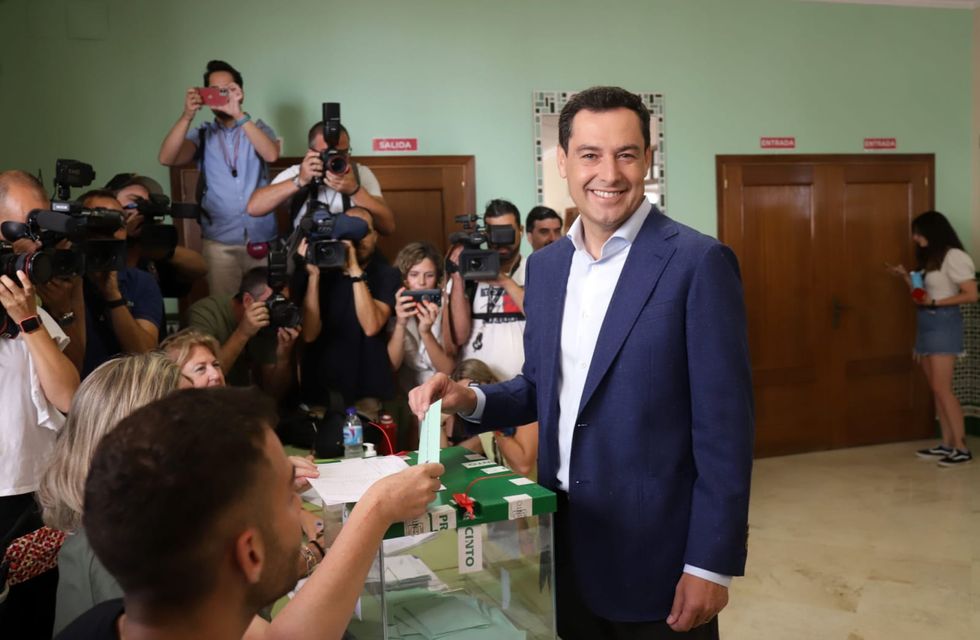 The southern Spanish region of Andalusia - the country's most populous autonomous community - was voting on Sunday, with opinion polls predicting a strong victory for regional President Juanma Moreno of the conservative People's Party (PP).

The PP is predicted to almost double its seats in the regional parliament in Seville. Should the party fall short of the 55 seats required for a majority, Moreno has not ruled out a coalition with the right-wing populist Vox party.

Opinion polls have also forecast a significant increase in votes for Vox.

Andalusia could thus become the country's second province to be ruled by a PP-Vox coalition, following the autonomous community of Castile and León.

Moreno's current coalition partner Ciudadanos is expected to suffer losses in the poll.

The socialist PSOE of Spanish Prime Minister Pedro Sánchez - which governed Andalusia for decades until 2018 - also performed badly in opinion polls ahead of the vote. Analysts say that the party has not lived up to its opposition role following years in government.

Turnout among the region's 6.6 million voters is expected to be a decisive factor. In 2018, participation fell to 56.5%. First results are expected by Sunday evening.